From the archive: a violin by Giuseppe Guarneri ‘filius Andreae’ from 1718 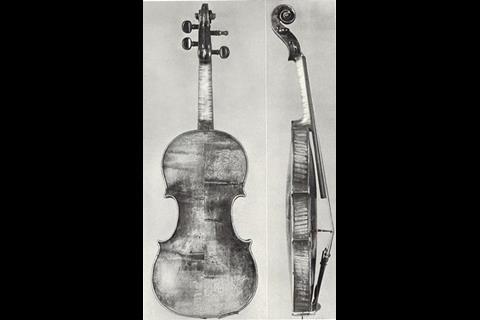 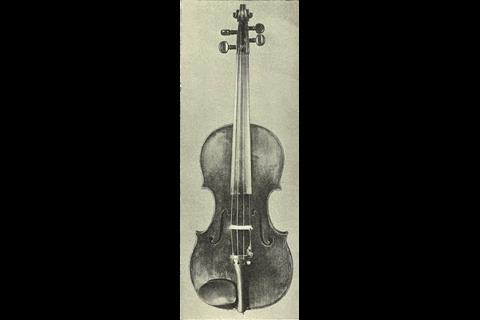 This illustration of a violin by Giuseppe Guarneri ‘filius Andreae’ from 1718 was published in The Strad, October 1939. The following text is extracted from an article accompanying the photographs:

This violin bears unmistakable signs of having been constructed in a hurry. The purfling, for instance, was obviously hastily prepared; the dyeing of the black strips being carelessly done for there are places on the back of the instrument where the black is hardly distinguishable from the white. The wood of the back cannot be called a choice selection, though strangely enough the ribs are of quite handsome material, may be left over from some better paid job.

No fault however could be found with the outline or the modelling. The pattern is very graceful with its long corners and the purfling turned out rather far from the ends. This violin is somewhat larger than is usual for this maker, the length being 14 inches; upper bouts, 6 9/16; lower bouts, 8 inches; sides 1 3/16 to 1 ¼. The usual length for these instruments is 13 1/8 full, and very few exceed this.

A feature of especial interest in the present specimen is the form of the waist, in which he was copied by his son Joseph Guarnerius del Gesù, also the pointed sound hole which form was afterwards perfected by the latter maker. The somewhat low setting of the sound holes is also a feature of many of his instruments. As to the waist, the peculiarity noticed is characteristic, but there are some violins, made after 1700, where in these bouts the curve, though widening rapidly, is somewhat stiff and less pronounced.