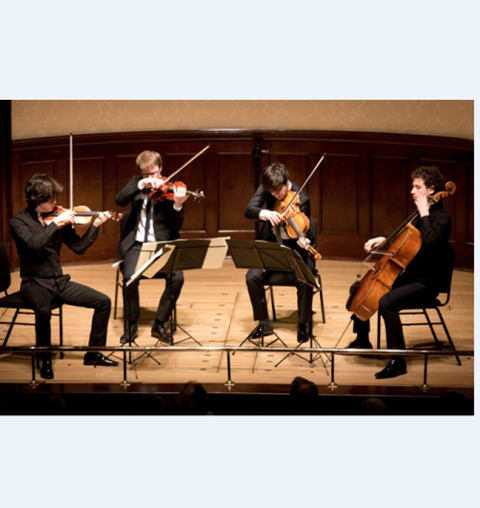 ‘Standards [at this year’s competition] have been extremely high and it has shown that the art of the string quartet is alive and flourishing, not only here at Wigmore Hall but throughout the world,’ said competition chairman and Wigmore Hall director John Gilhooly. ‘We have heard eleven fine young ensembles, many of whom will go on to have significant musical careers.’

The Van Kuijk Quartet – violinists Nicholas van Kuijk and Sylvain Favre-Bulle, violist Grégoire Vecchioni and cellist François Robin – was founded in 2011 and studied at the Paris Conservatoire with the Ysaÿe Quartet. It won first prize and the audience award at the 2013 International String Quartet Competition in Trondheim, Norway, as well as the special ProQuartet-CEMC Prize at the 2013 FNAPEC Competition in Paris. Since 2013, the quartet has been studying at the Reina Sofia Institute in Madrid with Günter Pichler.

The 2012 Wigmore Hall International String Quartet Competition was won by the Arcadia Quartet from Romania.