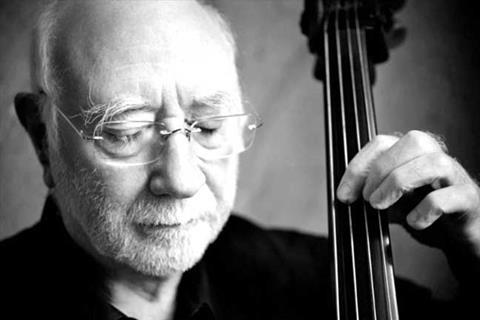 François Rabbath was born in Aleppo, Syria into a musical family. Having began the double bass at the age of 13, Rabbath studied at the Paris Conservatoire and began his career accompanying Jacque Brel, Charles Aznavour, Michel Legrand among others. In 1963 he made his first solo album on the Phillips label and met American composer-double bassist Frank Proto in 1978, with whom he developed a close friendship and musical partnership. In 1980, the Cincinnati Symphony Orchestra commissioned Proto to write the Concerto No.2 for Double Bass and Orchestra which Rabbath premiered in 1981. The pair would collaborate on two further, similar projects: in 1983 Proto wrote Fantasy for Double Bass and Orchestra for Rabbath at the request of the Houston Symphony Orchestra and in 1991 Proto penned the Carmen Fantasy for the two to play as a duet with the composer at the piano. Rabbath forged a reputation as a versatile musician, equally comfortable playing chamber music or improvised jazz. He was also an influential pedagogue: his three-volume Nouvelle technique de la contrebasse outlined how his method differed to that of Franz Simandl, in particular focusing on his use of the left hand and detailed attention to the bow arm.