For the Love of Brahms - Brahms: Concerto for violin and cello in A minor, ‘Double’ op.102; Piano Trio no.1 in B major op.8 (original version), Schumann: Violin Concerto in D minor: second movement 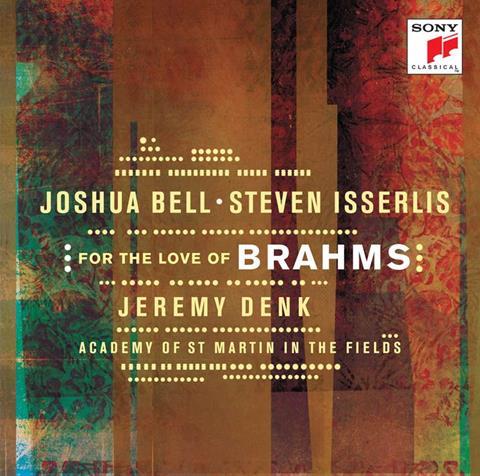 Joshua Bell’s third disc as music director of the Academy of St Martin in the Fields sees him team up with cellist Steven Isserlis and pianist Jeremy Denk. In the ‘Double’ Concerto, Isserlis’s playing is often more understated than Bell’s and less imbued with Romantic rhetoric, but it’s the cellist who nevertheless often draws in the ear with his mellow, natural approach. Both musicians manage to capture a sense of rhapsodic fantasy, with fluid, free-running phrasing and easy conversational interweaving that befits leading players who have been collaborating for almost 30 years.

At Isserlis’s suggestion, Bell includes the slow movement of Schumann’s Violin Concerto in the freestanding version rounded off by Britten. The orchestral cello tune is taken by Isserlis, creating a novel duo aspect. Bell is effortlessly lyrical but also keenly sensitive to the movement’s elegiac qualities.

Bell, Isserlis and Denk opt for the original, more expansive version of Brahms’s Piano Trio in B major, allowing us to hear the awkwardly inserted Bachian fugue of the first movement and the hushed, pizzicato ending of the scherzo, to which they bring magical intimacy, contrasting with the brittle, macabre quality they bring to the movement’s opening. The naturalistic studio recording matches well with the concertante works, which were recorded live.