Quartet music from three centuries comes together in a breathtaking disc 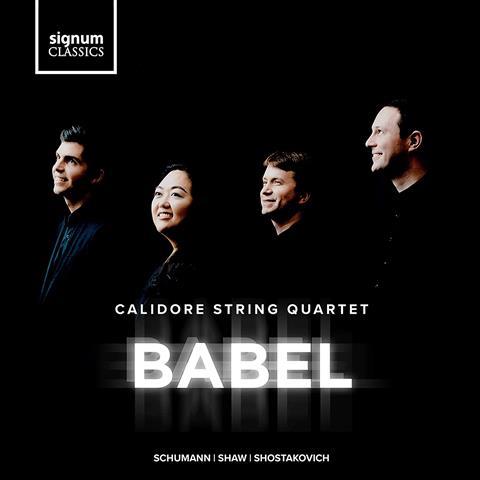 Description: Quartet music from three centuries comes together in a breathtaking disc

Communication forms the overarching theme of this exceptional disc from the New York-based Calidore Quartet. Though truth be told, with playing of this generosity and insight, it hardly needs a theme to bring things together. There’s a joyful freshness and exuberance to the Schumann Third Quartet – written to express the composer’s previously forbidden love for future wife Clara Wieck – with a surprisingly soft-edged opening movement that nonetheless never lacks character, and just the right skittishness to the second movement’s never-settling rhythms. The Calidore players are expert, too, at capturing the ambivalence in Shostakovich’s Ninth Quartet (in which the composer expresses semi-concealed solidarity with persecuted Jews), finely balancing its perky extroversion and its brooding menace so that we’re never sure which comes out on top.

Most breathtaking amid a universally impressive disc, however, are the Three Essays by the Calidore’s fellow New Yorker Caroline Shaw, which employ music to symbolise and question political misuses of language. With its poppy syncopations, its uncompromising complexity and its thrilling immediacy, it’s a remarkable work that makes a virtue of its chameleon styles. Shaw wrote it for the Calidore players to premiere at the 2018 BBC Proms and they’ve clearly taken the music deeply to heart: it’s hard to imagine a more vivid, committed performance, and one that looks deep inside the music to the themes it expresses. Recorded sound is vivid and warm, with the four players placed beautifully within the sonic space.