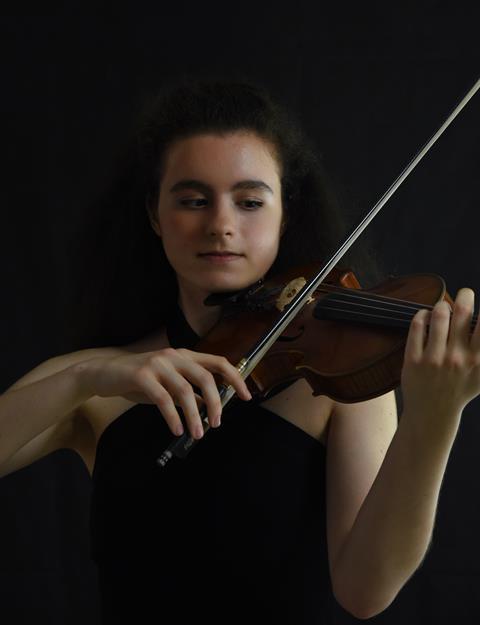 Up to Grade 8, I was playing on a full-size Jay Haide à l’ancienne Stradivari model which was good enough for that level. However, as I joined the teaching studio of Ms. Emanuela Buta and I was asked to learn the Bruch Concerto, I realised that the instrument had certain limitations, and its lack of complexity made the sound unclear in fast passages. Coincidentally, I noticed that friends from youth orchestra were walking around with these black violin cases labelled ’Benslow’, and I became quite curious. My teacher also urged me to seek a better instrument and indeed mentioned the name from the black cases I was seeing. I contacted the Benslow Music Instrument Loan Scheme (BMILS) and within weeks, I was able to borrow an instrument. 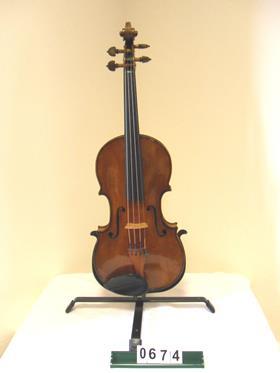 The first violin I borrowed was an Antonius Pelozzi with composite scroll (1753). With this instrument I successfully auditioned for the National Youth Orchestra of Great Britain (NYOGB), and organised a fundraiser for them at Bromley Youth Music Trust, where I played a joint recital with other young musicians. I was also fortunate to have sessions with Carmine Lauri, the co-Leader of the London Symphony Orchestra.

Roughly a year later, I was able to upgrade to the 1907 Bela Szepessy violin from BMILS. With this second violin, I competed successfully in a few local music festivals and returned for a second year in the NYOGB, I was shortlisted for the RPS Duet Prize, and I also won the Rotary Young Musician of the Year competition (SE England and Gibraltar District, 2019). Most importantly, I was accepted into the class of my current teacher, Professor Rodney Friend.

Through borrowing and testing instruments my ears gradually opened up to the sonic possibilities of finer instruments. As I acquired a French Counault (1898), it was apparent that the quest for more expressive sound was resting on a combination of the best accessible violin and bow. 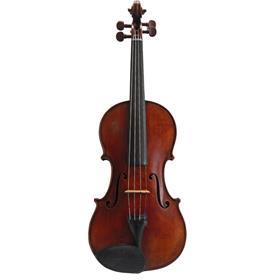 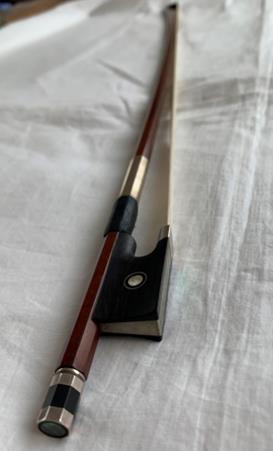 Thus, my attention shifted to the bow, and I was able to borrow a W.E Hill & Sons silver-mounted bow again from BMILS. This accompanied me on a tour of Germany with the Bromley Youth Chamber Orchestra as a leader and concerto soloist, culminating in a concert at Leipzig’s Bach-Denkmal. This for me was the highlight of my playing journey before joining the Royal Academy of Music as an undergraduate in 2019, and I am incredibly indebted to BMILS for providing me with the indispensable tools for such opportunities.

Benslow Music Instrument Loan Scheme (BMILS) is an inclusive and unique UK charity founded in 1932, which exists as to provide talented young musicians with high quality instruments in order to further their musicianship. BMILS (in Hitchin, Herts) has almost 500 borrowers and approximately 1,600 music items in its care. The scheme is constantly working to expand and diversify its reach and over nine decades has had an immense impact on the lives of thousands of young musicians and subsequently, on wider culture.