Anna Shuttleworth, former professor of cello at the Royal College of Music, has died 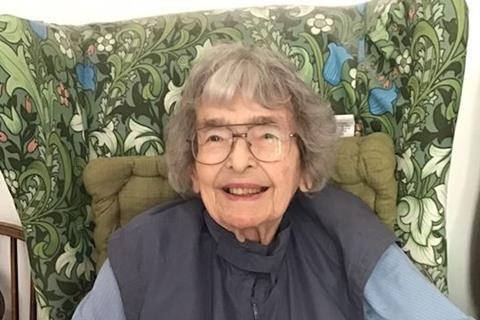 Anna Shuttleworth, former professor at the Royal College of Music, has died aged 93. In a career spanning more than fifty years, she taught many notable cellists - among them Alexander Baillie and Natalie Clein.

Shuttleworth, who was born in Bournemouth in 1927, studied the cello with Ivor James and Harvey Philips at the Royal College of Music as a scholar. While at the RCM, she became a founding member of the Vivien Hind String Quartet, an ensemble that she played with for a number of years. Soon after leaving the college, Shuttleworth was invited to play at the Newbury Festival with the Newbury String Players, both in the orchestra and later as a soloist. It was through this connection that she formed a long friendship with the family of Gerald Finzi and their musical circle, including Ursula and Ralph Vaughan Williams – who once referred to Shuttleworth as ‘the Swellest Cellist.’

During this period Shuttleworth also played with a number of festival orchestras, going on to study for a time with Mainardi in Salzburg and Rome, and with Pablo Casals in Zermatt and Prades. Her career took off in the 1960s, when she performed for many BBC broadcasts. In 1964 Novello published ‘Learning the cello’ which Anna wrote jointly with Hugo Cole. The same year she was invited to teach the cello at the Junior Department at the RCM, followed by an appointment to the Senior Department in 1967.

She went on to become one of the RCM’s sought-after professors, with students including Adrian Brendel, Alexander Baillie, Clare Finzi, Elizabeth Wilson, Natalie Clein and Jonathan del Mar. Through a connection with Hilary Finzi, Jacqueline du Pré’s sister, Anna was allowed to play on Jacqui’s Davidov Stradivarius for two years. She played with numerous chamber music ensembles, and also gave many recitals with pianists including Bernard Roberts, Ian Brown, Martin Roscoe and John Thwaites.