Let's acknowledge that not all musicians are natural performers

Performing for large audiences may seem inevitable for those who choose to pursue music as a career, but is this always the key to fulfilling our artistic potential, asks Toby Deller 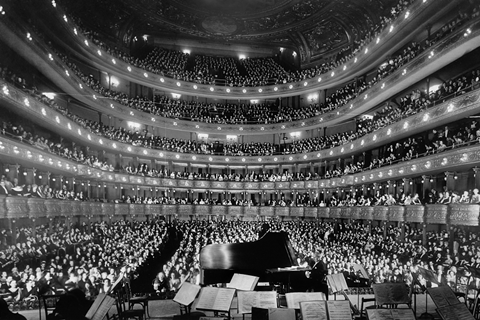 A small group of musicians were recently chatting about work when someone made a comment that nagged away at me long after the conversation had finished. One of their conservatoire students, they remarked, seemed ill at ease with performing. This puzzled the teacher: why would they choose to study music, when music is essentially a performing art?

Although the answer to such a question might seem self-evident, can it really be viewed in these black and white terms? Even the institutions dedicated to music sometimes distinguish between this art form and certain others: Germany and Austria, in particular, are home to a number of colleges of music and the performing arts (Musik und darstellende Kunst).

But beyond questions of nomenclature, wouldn’t we who practise, promote and appreciate music prefer to think of it more as an expressive art, say, or a communicative or intellectual one, even if we acknowledge that performance skills will come into it at some stage? And if so, wouldn’t we prefer to look for those attributes in our students, rather than be swayed by their persuasive stage presence – or, conversely, writing them off because they lack it?

The comment seemed to imply that music as an art form, or at least as a profession, is open primarily to a certain kind of person: confident and extrovert rather than introspective or fragile; one who is temperamentally equipped to deal with specific performance conditions.

But can we expect musicians always to respond positively to the artificial performance environments designed for them? Might not their discomfort stem from a mismatch between them and the type of performance environment? We would not think to blame a lutenist because their instrument seems out of place in a big auditorium (although we might question why they agreed to play in such a place).

Instead we would create more appropriate settings for that delicate instrument. Likewise our industry should help artists who have something to say gain access to the kind of environments that suit them and not only to those that threaten them.

It should not, in other words, always be our goal to change the person to fit the environment but to do the opposite too: if a musician struggles with standing in the spotlight, metaphorically or literally, consider a different kind of light; if it is walking on to the stage that is the problem, perhaps there is something about the situation that could be altered. Perhaps it is playing to figures of authority or adjudication – teachers, juries – that is the problem. Or perhaps it is the way that player and audience face each other that feels unnatural, adversarial even, separated as they are by a platform.

Here I am often reminded of an observation from the late stand-up Mitch Hedberg: addressing the rows of audience members before him in the theatre auditorium, he remarked that it was as if they had been marching on him but decided to sit down all at once. The implication was, of course, that they might just as spontaneously go back to their original plan.

Some might even prefer to play to no audience at all. If the idea of a musician declining to appear in public seems perverse, recall that it was over half a century ago that pianist Glenn Gould, in his early thirties, retired from making public performances, dedicating himself instead to the recording studio.

So even that extreme example is there: a supremely gifted player who found an outlet for their creativity without performing live to large crowds. It’s a reminder that we should be careful about how we look after those developing artists whose clumsiness may be a sign that their qualities have yet to find the right climate to prosper.