Conservatoires and youth orchestras in the UK too often timetable an excessive number of orchestral rehearsals and concerts. These rob students of precious hours of private practice, writes violin teacher Simon Smith 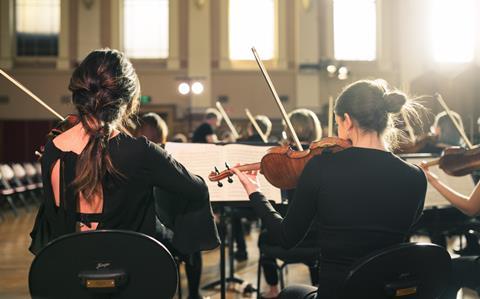 The development of technical and musical skills for orchestral playing is a crucial part of any young musician’s life. But understanding how not to prioritise this need over other activities is a cause of much friction between students, teachers, parents and institutions.

A colleague and principal player in a London orchestra told me about a recent audition for the post of second violin. All four players accepted to trial could, in his opinion, have stood in front of the orchestra and played their concertos in that evening’s concert, the equal of many of the soloists regularly employed. A convincing solo performance is needed to get through even the first door to an orchestral position.

I asked the mother of a student at Moscow’s Central Music School how much orchestral playing her 15-year-old son takes part in. About 90 minutes a week was the answer. It took her a while to get her head around the concept of holiday courses made up entirely of orchestral playing.

An American colleague agreed: at the highest level, talented young students in the US are not doing very much orchestral playing at all; they are honing their skills as soloists.

In everything, balance is crucial. One major US music camp, which is considered very ‘orchestra heavy’, includes three hours of orchestra per day, but also makes time for individual lessons and daily chamber music. This is surely the way forward.

In comparison, orchestral holiday courses for young people in the UK might have students playing for seven hours a day – in one case for up to 50 days a year. For those with serious ambitions of becoming a professional musician this is a problem.

Assuming you should be practising three hours a day, a three-year stint in such an orchestra would leave you up to 450 practice hours behind. To this you can add time spent recuperating and learning to play in tune again after orchestral sessions. The same students are often also taking part in weekly orchestral rehearsals at specialist schools and junior conservatoires.

For conservatoire students, the issue of balance does not disappear and can become even more pronounced. Orchestral rehearsals are given priority over individual lessons, and orchestral projects can involve many days of commitment in a row, allowing little time for private practice. Instrumental tutors may have to cancel teaching days as there is no workable timetable.

Ideally, then, what should young musicians be doing to develop the essential skills? The route to take is through chamber music. In this environment, the player develops the musical, mental and technical skills that are the crucial building blocks of all ensemble playing.

String chamber orchestras offer a useful extension, adding some spatial difficulties and greater use of the extremes of dynamic. Eventually, if the repertoire and sound world appeals, these skills are instantaneously applicable to the symphonic repertoire.

The biggest element of a player’s development is listening. In a symphony orchestra, you are often unable to hear yourself play, and the feedback mechanism for self-guided improvement is inactive. Learning to switch this off and play through proprioception is ultimately a bad habit for young players to develop.

How does this situation arise? At conservatoire level every principal and director of music I have spoken to would agree with what I’m saying. But the reality from their perspective is that the big orchestral concerts are the showpieces – the spectacular events in the biggest halls, to which they can attract VIPs and create the greatest impact.

In the case of privately run organisations, economy of scale is crucial to maintaining high standards; but parents who want to be active in improving their talented child’s development are easily sucked in by the mushrooming of such organisations, many of which do not then meet these standards. Too often the physical health and the playing skills of our young musicians are sacrificed for the sake of the egos and economic needs of others.