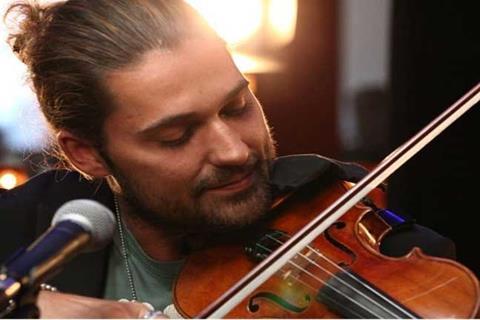 German violinist David Garrett, who received his first Stradivarius at the age of 11, and, at 13, was the youngest soloist ever to sign an exclusive contract with Deutsche Grammophon, is now best known as a record-breaking pop and crossover artist. Together with his band, he gives concerts that include classical sonatas, arrangements and compositions, as well as rock songs and movie themes. Highlights of his more recent career have included an appearance at the 2011 Royal Variety Performance, playing his cover of Nirvana's 'Smells Like Teen Spirit', and the lead role in the 2013 movie The Devil's Violinist, as the 19th-century violinist Niccolo Paganini.