Abandoned by his management, David Garrett had to overcome snobbery to return to the classical spotlight, as he tells Charlotte Smith 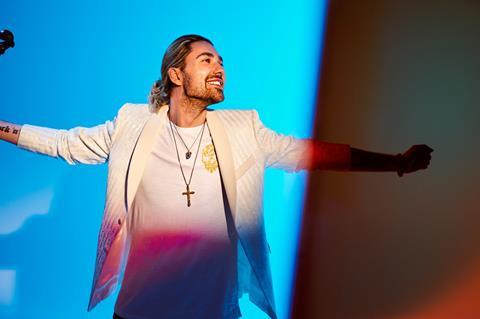 The following extract is from The Strad’s April issue feature on David Garrett’s success as a star of the classical and crossover worlds. To read it in full, click here to subscribe and login. The April 2021 digital magazine and print edition are on sale now

‘Some of the inspiration for entering the crossover market came from my studies in New York,’ he says. ‘There was so much collaboration between the different divisions. I remember lots of dance crews at Juilliard were looking for classical instrumentalists to provide music for their recitals. I would ask what kind of music they wanted, and they would suggest the Eagles or AC/DC or Michael Jackson, so I began to experiment and improvise around a lot of pop tunes and quickly realised how much young people loved this approach – many of them hadn’t realised this was possible on a classical instrument. I had so much fun doing it, as it gave me the opportunity to use my composition skills, and I thought, “Why not give this a shot professionally?” It would also give me the chance to entice young audiences into classical music.’

Of course, the move from student life to world-famous musician was not an easy one, particularly as a result of Garrett’s four years away from the limelight. During that time, the concert offers had dried up and his management had abandoned him. Only through perseverance, playing small private concerts for little or no fee, did he slowly come back to the attention of the industry. But, as in his decision to embrace student life, those around him were hesitant to accept his crossover ambitions once he had regained his public profile.

I wonder if a degree of snobbery from the classical industry was at the heart of this resistance? Garrett is refreshingly honest: ‘In some ways, the snobbery surrounding crossover is right, because for many years it was the escape plan for less than first-class musicians. So, people began to generalise about it, which is understandable as that’s human nature; it became accepted that if you’re a crossover artist you can’t also be a classical musician and vice versa. But I do believe this attitude is changing. Especially during the past ten or twenty years, increasing numbers of outstanding young musicians have experimented with crossover.’