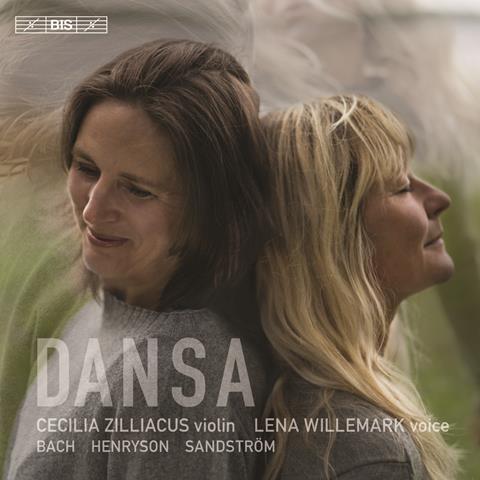 After her superlative recording of Nielsen’s Violin Concerto last year (reviewed in March 2016) Cecilia Zilliacus presents something totally different. Or is it? Not entirely. The earthiness that made her Nielsen so idiomatic is ever-present on this fascinating and unusual recording in which the language of Nordic folk music provides the predominant aesthetic.

As on Gordan Nikolitch’s recording of Bach’s Second Partita (LSO Live), Zilliacus adopts Helga Thoene’s theory that the Partita and its Chaconne are structured around quotations from chorale tunes. But instead of Nigel Short’s Tenebrae, which sang on Nikolitch’s disc, we have the rawer but just as beautiful sound of vocalist Lena Willemark giving us those chorale tunes in Swedish and then, in the Chaconne, weaving them around Zilliacus’s violin. It’s not Bach any more, but it is gorgeous. It also advances our understanding of the Partita’s genetic relationship to vernacular forms.

Zilliacus plays with spacious fortitude and technical brilliance (tuning doesn’t ever waver). The other pieces are written to reflect the performance of the Zilliacus–Willemark Bach: Svante Henryson’s very direct Violin Sonata (glancing back at Bach but without his single-voice contrapuntal tricks) and Sven-David Sandström’s Dansa (more ambitious, dramatic and boldly performed – and including Willemark on fiddle in its mash-up of the Bach Chaconne). Unique, special and beautifully recorded with a touch of resonance, this disc is recommended for any ambitious violinist with an interest in folk traditions.