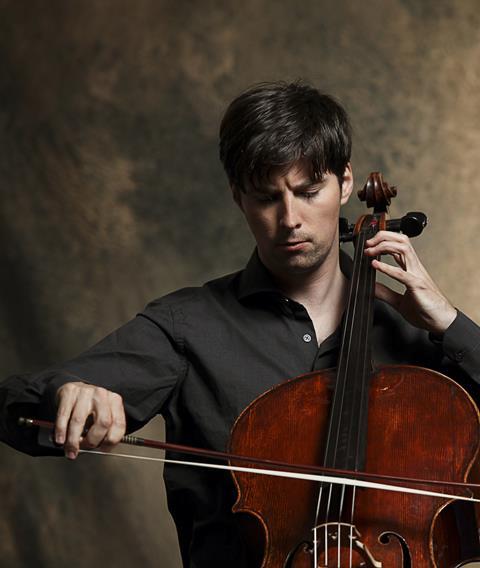 The German cellist Daniel Müller-Schott is the recipient of the Aida Stucki Prize, worth €10,000 and bestowed by the Anne-Sophie Mutter Foundation. The sponsorship award offers recipients performance and educational opportunities.

The Foundation praised Müller-Schott for ‘his outstanding contribution to the cello repertoire’. The statement read: ‘He is unpretentiously devoted to his work alone, an ethos he passes on in his teaching. This musician thus follows in the strong artistic line of tradition of the violinist and pedagogue Aida Stucki, who established the European tradition of music and music tuition for the future.’

Müller-Schott is the second person to receive the award, which was first granted in 2011 to the double bassist Roman Patkoló. The cellist met violinist Anne-Sophie Mutter in 1992 when as a 15-year-old he won first prize in the Moscow International Tchaikovsky Competition for Young Musicians. From 1997 to 2001 he was the first scholarship student of the Friends of the Anne-Sophie Mutter Foundation, and through this sponsorship received tuition from Mstislav Rostropovich and made his debut concert at Carnegie Hall.

His particular interest in discovering neglected works and extending the cello repertoire has brought him to the attention of composers Sir André Previn and Peter Ruzicka, both of whom have dedicated a cello concerto to him. In January 2014 he will give the US premiere of Previn’s concerto with the New Jersey Symphony Orchestra, and will perform a new cello sonata by Sebastian Currier in 2015–16. Recent recordings include the cello symphonies by Britten and Prokofiev with the WDR Symphony Orchestra under Jukka-Pekka Saraste, and later this year he will record chamber music by Prokofiev, Britten and Shostakovich with pianist Francesco Piemontesi, thus finishing his traversal of the complete works for cello of Prokofiev, Shostakovich and Britten.

Daniel Müller-Schott plays the ‘Ex Shapiro’ Matteo Goffriller cello, made in Venice in 1727.

The Aida Stucki Prize is named after Mutter’s late teacher, the violinist and pedagogue Aida Stucki.