Creating a broad portfolio career rewards both musician and audience

Cellist and baritone Matthew Sharp explains why you should broaden your musical horizons ahead of his RE:naissance festival, celebrating Shakespeare's 450th anniversary, at London's Kings Place 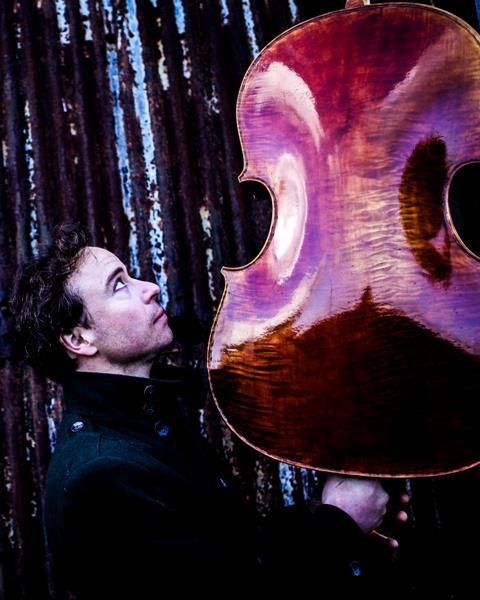 'Renaissance Men' everyone of them. Charting what we might call an 'orthodox' career? No way. They're artists, after all.

If I take a snapshot of the last 12 months of my cello life, I've played concertos by Dvorák, Elgar, Schumann, Tchaikovsky, Saint-Saëns (admittedly, his second), Shostakovich. Nothing out of the ordinary there.
Hans Gál, John Tavener, Errollyn Wallen. Adventurous-ish but not what I would call unorthodox.
Death's Cabaret – A Love Story – a cabaret concerto by Stephen Deazley and Martin Riley, marrying the 19th-century concerto form with the grime and sensuality of cabaret, weaving instrumental and story-telling forms together.

It's also won awards and connected with virgins and veterans of the concert-going experience in ways that makes them laugh and cry.

The theme I'm warming to is that – from the perspective of the classical music mindset of the last 50 years – such a piece might seem unorthodox but, in fact, is founded in a deep humanity and desire to connect with its audience, which I think is the most orthodox of ambitions.

In my baritone life, over the last 12 months, I've sung Mr Noye, Papageno, HK Gruber's Frankenstein. All, to a lesser or greater degree, canonical.

This kind of breadth and depth is at the core of my upcoming festival at Kings Place – RE:naissance. And it's fuelled by the desire – as a 'classical' musician with highly orthodox credentials – to connect with audiences old and new and be 'outward facing' not self-absorbed. If music is about the world and for the world, then those that communicate it benefit from being of the world. In the same way that Shakespeare, Marlowe, Montaigne et al set sail for brave new worlds and undiscovered countries – with their sense of provenance and the classical past intact – and transcended the stage, so RE:naissance looks to transcend the concert hall. At its heart is alchemy, espionage, art and artists that knew no bounds, the world on a stage, great reckonings in little rooms.

With that in mind, just observe the 'specialism' police at work in classical music.

So, if you sense the desire to spread your wings, nurture ALL of your talents – a responsibility not to be taken lightly – and turn your musicianly gaze outwards, to the world and to people, then you can just take that leap. As the fabulous Julia Cameron writes, ‘Creativity is an act of initiative…Commit…Commitment triggers support. We often make the mistake of thinking we have to know how to do something instead of thinking that we are going to do something. Intention creates direction. The what dictates the how.”
(Supplies, Julia Cameron).