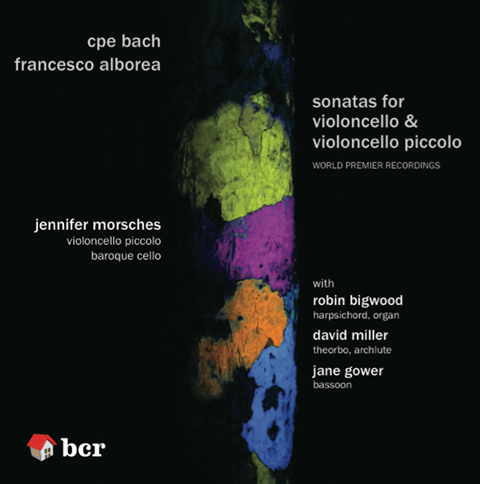 At first it seems an unusual decision to perform C.P.E. Bach’s two viola da gamba sonatas on the five-string piccolo cello for which J.S. Bach wrote his Sixth Cello Suite. Jennifer Morsches, having found the music well fitted to the instrument’s compass, took her cue both from Quantz, C.P.E.’s colleague at the Prussian court, who recommended the piccolo cello for virtuoso repertoire, and from the instrumental flexibility of the period to make her own arrangements, playing them on an instrument of 1735, just ten years before these sonatas were written.

In the event the high fifth string emits a similar nasal tone to the gamba, and the musicality and flair of Morsches’s performances are such that one soon forgets to question her decision. C.P.E.’s revolutionary Empfindsamkeit (sensitive style) is everywhere evident, with Morsches leaning into the more expressive notes, dramatically timing the long pauses, and playing the melodic ornamentation with elegant feeling.

Bach shares this disc with the only three extant works of Neapolitan virtuoso cello pioneer Francesco Alborea (1691–1739). Morsches gives vigorous performances of these busy works, always allowing space for the music to speak, and embellishing with virtuosic ease. A more extensive continuo group broadens the timbre, and you can just imagine the light flooding in through the church windows in this open, airy acoustic.