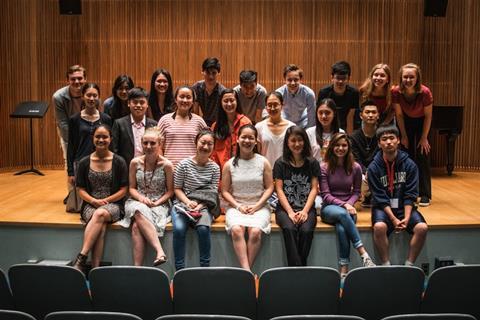 The Thomas & Evon Cooper International Competition, held annually at the Oberlin College, Ohio and alternating between piano and violin, has this year welcomed 23 young violinists to its semi-final round.

Ten will proceed to the concerto round taking place on Tuesday 18 July, six will go on to the recitals finals on 19 July, and the final three will battle it out on Friday 21 July performing a complete concerto with the Cleveland Orchestra under conductor Jahja Ling. The recitals finals round (7pm EDT, 11pm GMT) and grand concerto final (7.30pm EDT) will be broadcast live on WCLV 104.9 FM and streamed on the competition’s homepage.

The Cooper International Competition, presented jointly by the Oberlin Conservatory of Music and the Cleveland Orchestra, began life as the Oberlin International Festival in 1985 and after a brief hiatus returned in 2010 sponsored by Thomas and Evon Cooper.

The competition participants are: Zachary Brandon, 18 (US) and Maya Anjali Buchanan, 17 (US) who both also took part in the 2015 competition with Buchanan placing sixth, plus