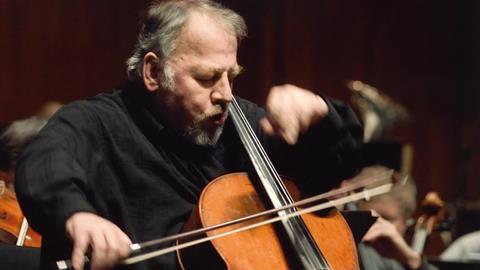 Celebrated Austrian cellist Heinrich Schiff has died at the age of 65.

The musician suffered a stroke in 2008 and subsequently turned his attention increasingly towards conducting, having served as Northern Sinfonia artistic director from 1990 to 1996. He also held conductorships with the Copenhagen Philharmonic Orchestra, the Orchester Musikkollegium Winterthur, and the Vienna Chamber Orchestra from 2004 to 2008.

Born in November 1951, Schiff studied cello with Tobias Kühne and André Navarra and made his solo debuts in Vienna and London in 1971. He made multiple recordings, most notably of the Bach Cello Suites, Shostakovich concertos and the Brahms Double Concerto with Frank Peter Zimmermann.

Among his pupils were the cellists Gautier Capuçon, Truls Mørk and Natalie Clein.