Ask the Experts: playing violin in the second position 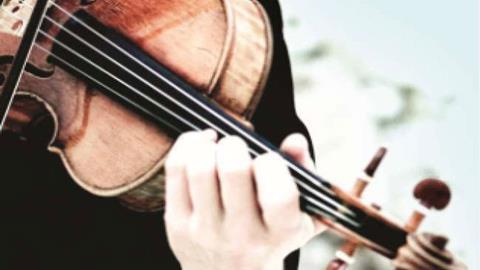 Five string pedagogues from a range of teaching backgrounds discuss a violinist's concerns about playing in the second position.

The dilemma After years of playing the violin, I still find it difficult to play in second position. Is this a common problem and, if so, why? What can I do to improve? SCOTT RANKIN, AUSTRALIA

GYÖRGY PAUK A lot of people do not like playing in second position. I do! It can be very useful as it is only a semitone up from the first. My explanation is: in the old days we used to shift by sliding up and down, needing the help of the hand touching the neck. Nowadays – I would say in the past 30 years or so – we shift clear of the neck using only the fingers, without the help of the thumb. It is much cleaner and simpler. The Artist’s Technique of Violin Playing by US pedagogue Demetrius Dounis is mainly about shifting, and I have done some of the exercises in this book every day for almost 40 years. They are very helpful for strengthening the fingers. But a word of warning: never use an extra push, because it can result in a pain in the arm. Dounis can also help with things like intonation and double-stops.

STEPHEN SHIPPS In the early history of violin etudes, even-numbered positions are addressed scientifically. In the French school, the Kreutzer etudes (1796) cannot be attempted without venturing into and mastering the even-numbered positions. The Rode caprices (1814) include second- and fourth-position etudes as pivotal studies. In Spohr’s Violinschule of 1832, there are multiple etudes in second, fourth and sixth position. Closer to our time, both Schradieck and Š evcík wrote extensively for even-numbered positions in their early method books.

However, the problem comes down to current teaching techniques in the early years of learning. For some reason, it is a prevalent approach for early etude books to teach third and fifth positions after learning the first. As the student becomes comfortable and can perform the first levels of the advanced repertoire, it is possible to avoid even-numbered positions and teachers often fall into the comfortable trap of allowing students to continue in this limited manner. This is probably the situation in which you find yourself.

I suggest you begin with Š evcík op.1 no.2, op.6 no.7, and op.8. Continue with Schradieck Book 1, nos.8–9. Then proceed to the etudes listed above and you will experience a technical freedom that seems to be missing at this point in your playing. Happy practising!

JULIE BAMBERGER ROUBIK As a Suzuki instructor, I like to create drills and exercises based upon familiar pieces, thus allowing a student to focus upon the precise skill needing improvement.

Students in my studio experience second position initially in Suzuki Violin Book 4 (Vivaldi’s Concerto in A minor op.3 no.6) and in Suzuki Viola Book 3 (Bach’s Gavotte in G minor BWV822). I ask them to play Twinkle in first position in its original key of A major. Then I ask them to transpose it to B major, starting on first finger on the A string. Then it’s simple to move the piece up to C major in second position on the A string, using the same finger pattern that they did starting on B. Listening to the ringing tones (violin: G, D, A, E) – the overtone ‘echo’ that’s created from the sympathetic vibration of the string in response to a correct finger placement – is highly emphasised from the beginning. By using a familiar tune such as Twinkle, they can listen more easily to the ringing tones created by the first and second fingers in second position.

Once they’re accustomed to this tonality, other familiar tunes can be played in second position. By using a familiar melody and finger pattern, the focus can turn more to the aural aspect of playing in tune in any position. These two pieces in particular really hold the octave frame of the hand intact as the student explores new positions.

GÉZA SZILVAY The question concerning the second position is one asked silently by every violin teacher working with children.

In the second position, the sensation of the left hand is uncomfortable because the feeling of the hold – the contact between the neck of the violin and the thumb and base joint of the index finger – is so similar to the feeling of the first position. This similarity disturbs the pupil, hindering the establishment of an independent ‘second position-hold feeling’ for the hand. In addition to this manual problem, children experience reading difficulties with the new second-position fingerings.

The great majority of the traditional violin repertoire (including studies and performing pieces) recognised the ‘clumsiness’ of the second position. In the historic literature for beginners, music was mainly written in first, third and fifth positions, with the second and fourth positions being used only as a bridge between those ‘handy’ positions.

KOEN RENS Some violinists find second and fourth position more difficult than third. Possible reasons could be: the fact that many teachers start teaching positions with first, then with third; and most probably lack of use, which results in the uncomfortable feeling that many violinists experience.

Nevertheless, second position should be studied just as thoroughly, because in many passages this particular position allows for the most elegant solutions for string-crossing problems, and helps avoid unnecessary shifting.

It is common among Suzuki violin teachers to start teaching the positions after well-balanced left-hand posture and good intonation have been acquired in the first position. Many teachers will then start to teach the third position, because of the somewhat bigger difference with the first position and the advantage of the resonant notes found under the first finger. However, Suzuki’s own approach in his position etude book is to start with the second position before third.

A very effective way to develop ease is to transpose a well-known song into the new position. First, figure out how the note on the first finger should sound: develop a mental image of the pitch. Then find under which fingers the resonant tones can sound.

We also want to know where the whole and half steps are: what is the finger pattern? Once we have solved these questions, we must find the most comfortable angle for the hand, so that all fingers fall equally easily on to the string. From here on, we need to use this new position wherever we can. Play old songs in the new position; practise and nourish the passages in your repertoire that contain the new position. As always, once you have figured out how to make it easy, apply that knowledge and do it often.

Julie Bamberger Roubik is chair of the strings department at the Wisconsin Conservatory of Music in Milwaukee, WI, US

Géza Szilvay is the originator of the Colourstrings teaching method. At present he is working with the International Minifiddlers distance-teaching programme across twelve countries

Koen Rens is a Belgian violinist and teacher who has worked as a guest clinician in Europe, the US, Australia and Japan