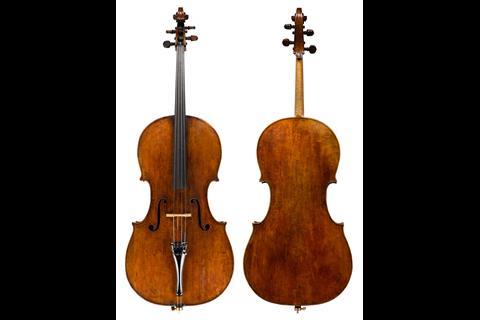 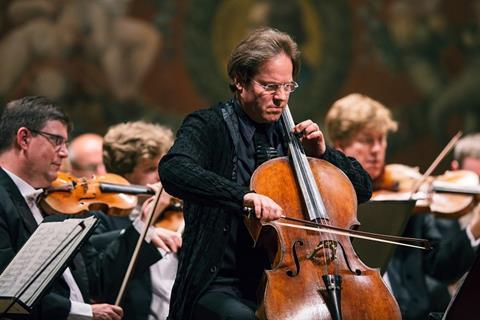 In this extract from an article published in the August 2017 issue, Jan Vogler discusses how he first encountered the cello that is now his constant companion

Vogler has been playing his 1707 ‘Fau, Castelbarco’ Stradivari for the past five years. ‘I heard about this cello in New York and tried it,’ he says. ‘It was my father, who was a cellist and wonderful teacher, who recognised the inspiration it would give me.

‘A bank in Germany acquired the cello for me in 2012, and I lost my father only a few weeks later. My love for the instrument has grown exponentially over the years and when I play it I always think about my dad, who saw all that potential right away.

‘I love its masculine appearance and majestic sound, which is rather dark for a Strad.’

So what is it like to play? ‘It is a lot like flying a kite,’ he says. ‘You have to feel the wind. All B-form Strad cellos are quick to respond and have very deep low registers and an A string like a star tenor. When I play it, I feel that less is more: often I just listen and try to get out of the way. That is usually when the cello unfolds its true magic.’

Vogler uses Jargar Superior strings which, he says, ‘are just perfect on my instrument’. His bow is a Dominique Peccatte, which a few years ago broke without warning at the end of a performance of Tchaikovsky’s Rococo Variations. ‘We were all in shock,’ he says, ‘But Isaac Salchow in New York City repaired the bow, and now it plays like it did before.’