In February 1935 Fritz Kreisler revealed that several of the pieces in his repertoire, formerly ascribed to such composers as Vivaldi and Tartini, were in fact written by him. The admission sent shockwaves throughout the music world – here M. Montagu-Nathan reacts in the March 1935 issue of The Strad 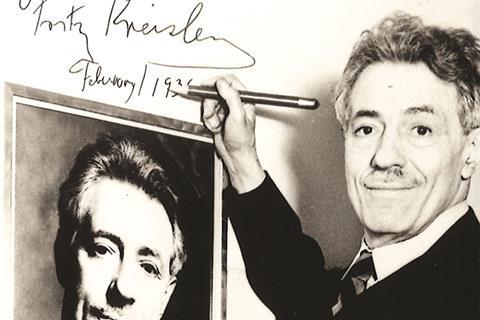 A few days after the revelation that the charming series of little “classic” pieces published during the last 25 years as “arrangements” by Kreisler were, in fact, his own compositions, I saw a reference to a book entitled “Debunking Art.”

It is indeed time that Art, or, at all events, that region of it in which the “old Master” traffic is still being plied, was “debunked.” This old Master business has never been properly taken in hand.

It has been said that the most successful writer of articles on topics of general interest is he who selects a theme which will bring everyone’s subconscious opinion to the surface of the mind. Readers are then gratified to feel that they themselves have long been of the writer’s opinion, and are grateful for a public expression of that opinion. If the owner of a suppositious Cremona violin receives, during a recital, a message to the effect that his Strad is actually a copy by Smith, the instrument tone will remain unchanged, but there will be a disastrous drop in its market value. There is a true story of a collector of old violins who was personally known to me. It is that after a few requests from public performers to lend his valuable Strad for the purposes of a recital he deemed it expedient to commission a copy—for which he paid £80. Henceforth, unknown to themselves, his recital-giving friends played on this instrument—the original remaining in “safe custody” at his bank. One of the borrowers, a lady, once informed me that she was so solicitous for the safety of so precious a loan that she took it to bed with her. Presumably, had she known the truth, the copy would not have enjoyed so handsome a privilege, and would have passed the night in her wardrobe! 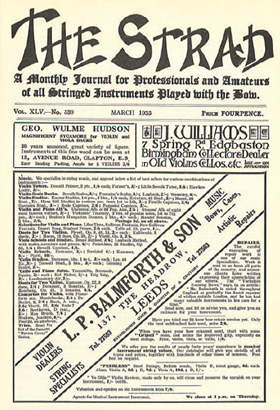 In what way, one wonders, will Kreisler’s revelation affect the value of his “classics”? His success in convincing violinists all over the world that they were classics will to some people prove a little disconcerting. It means, in any case, that it is not so very difficult to imitate the classic style or even the classic quality. There is a conspicuous and significant instance of a success which few seem to have observed. In Rimsky-Korsakov’s opera “Mozart and Salieri,” which was produced in London some years ago, Mozart sits down at the piano and improvises. It is therefore “up to” Rimsky-Korsakov to compose music worthy of Mozart. The Russian composer certainly “delivered the goods.” Kreisler, for reasons which he has stated, considered it wiser to attribute his compositions to old masters, and it is clear from the esteem in which they are held that he, also, has “delivered the goods.” It is a moot point whether, if he had issued these essays in the antique, as did Vieuxtemps, as being in the ancien style, they would have been so warmly received by performers and the public.

I was myself informed, after a few of these pieces had appeared, by a person then closely associated with Kreisler, that they were original, and this recalled to me an occasion when, during a recital at Bradford, I had asked the great violinist (and composer!) whether the now popular Porpora item had been published in its original form. His reply seemed to me to be lacking in conviction, and subsequent enquiries in every possible direction failed, of course, to elicit its origin.

What will be the outcome of this “revelation”? Many must have wondered what is the implication contained in the adjective “genuine” when it precedes the word “sale”? I suspect that certain well-known “arrangers” of classic pieces will henceforth label them “genuine,” and, by dint of mentioning their source, will provide a means of verifying their genuineness.

It remains to be seen, however, whether the market for the genuine will survive this “debunking” of the classics by Kreisler. Personally I believe that it will not. For to my mind Kreisler has provided an article which is actually superior to the genuine, and the many well-known public performers who have accepted these “classics” will hardly now care to repudiate the value which they themselves have always attributed to these little masterpieces. There is just one more problem arising out of this “revelation.” Are all these works henceforth to appear in programmes shorn of the hyphenated name of their supposed classic composer? If so, the announcement “Kreisler Recital” may become ambiguous. For that description will in future serve when a violinist has arranged a programme which, until now, he would, in perfect good faith, have attributed to an interesting selection of different classic composers. This “revelation” has really been the very devil of a debunking!