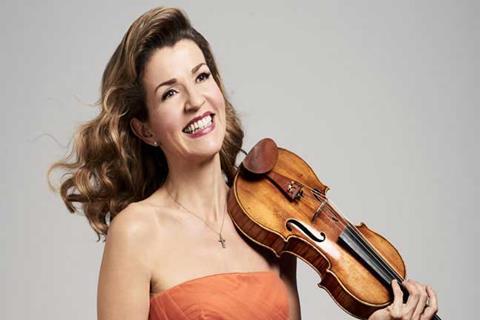 Exempted from school to dedicate herself full-time to music, German violinist Anne-Sophie Mutter was invited by conductor Herbert von Karajan to perform with the Berlin Philharmonic aged 13.  By now she has played all over the world, with practically every major symphony orchestra. Although she is devoted to core repertoire (on the occasion of Mozart's 250th birthday, for example, she recorded all of his major violin compositions), she is particularly known for her performances of contemporary music. Many pieces have been written specially for her, including Sofia Gubaidulina's Violin Concerto No 2, and she often commissions works by her former husband, the composer, pianist and conductor Sir André Previn.