The group was praised by the jury for its ‘intense, impassioned playing’ 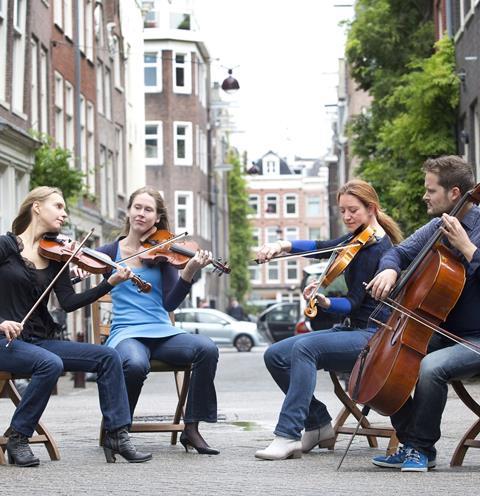 The Dudok Quartet has been named the winner of the Kersjes Prize 2014, including a cash sum of €50,000. The award will be presented to the Dutch ensemble, a graduate of the Netherlands String Quartet Academy, at the Concertgebouw in Amsterdam on 6 December.

The group – violinists Judith van Driel and Marleen Wester, violist Lotte de Vries and cellist David Faber – was praised by the jury ‘for its intense, impassioned playing, which is completely in balance with an analytical interpretation of the score. As a result of its obvious love for playing, the quartet knows how to reach out to the audience and sweep them along in an intelligent and playful recounting of their musical story.’

A violin grant of €15,000 from the Kersjes Fund will also be awarded to Channel Classics recording artist Dana Zemstov from Mexico City, while this year’s conducting grant of the same amount will be split evenly between Huba Hollóköi, Konradin Herzog and Manoj Kamps.

The Kersjes Fund was established in 1994 by Dutch conductor Anton Kersjes and bestows approximately €350,000 to musicians each year. The Kersjes Prize has been awarded annually to an exceptional Dutch chamber artist for 17 years.