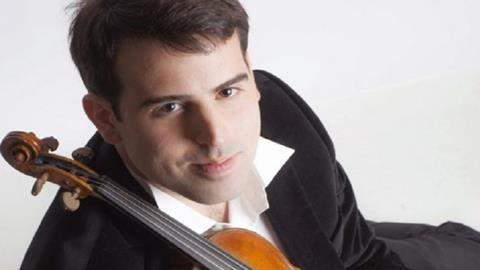 The Modigliani String Quartet has appointed Amaury Coeytaux as its new first violinist from 2017, replacing Philipp Bernhard, who is to step down from the role after 13 years.

Winner of the 2006 Rodolfo Lipizer Competition in Italy, French violinist Coeytaux has performed around the world as a concerto soloist, recitalist, and chamber musician. He was also leader of the Orchestre d’Auvergne from 2008-2012, and was appointed concertmaster of the Orchestre Philharmonique de Radio France in 2012.

The French Modigliani Quartet was formed in 2003 and won the Frits Philips String Quartet competition in Eindhoven in 2004, the Vittorio Rimbotti competition in Florence in 2005 and the Young Concert Artists Auditions in New York in 2006. The quartet has recorded for the Mirare label since 2008 and became artistic director of the Rencontres Musicales d’Evian in 2014.