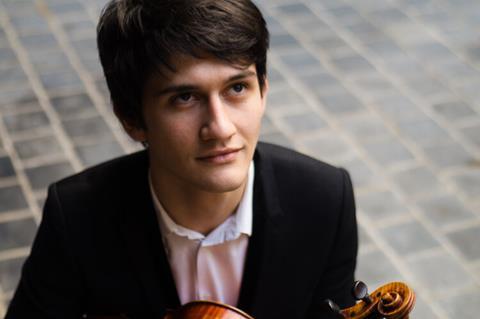 There hasn’t been much hanging around and chatting with colleagues of late. However, when there is, and when the topic of conversation is the French strings scene, one question tends to pop up every so often: ‘Where are all the high-profile younger and middle generation French solo violinists?’ So, when a French colleague raised the issue again as we bounced ideas around for this month’s France-focused issue of The Strad, I thought I might have a go at grappling with it – through my British eyes.

Not that it’s an easy one to grapple with. In fact, the question is as slippery as an eel, because as soon you look closer, you realise there are unrealistic expectations at play: an unusually strong contingent of both major and rising French cellists and chamber ensembles, and the huge profile and industry-wide portfolio of Renaud Capuçon. Without that context, it’s arguable that the question wouldn’t come up at all.

Plus, if there’s one thing being a music critic teaches you, it’s that great international soloists don’t grow on trees, and the ones who do exist tend to share four key qualities: technical mastery, musical artistry, a personal quality which connects with an audience, and the single-minded pursuit of their dream, no matter what leaps and sacrifices that entails. So, realistically, when even internationally there are only a few artists per instrument per generation who have all that, it’s hardly surprising if a country skips a few generations with a particular instrument.

That said, when any observations about French violinists are likely to be equally applicable to the UK and other countries, it’s still an interesting question to try to unpack a bit. So, I’ll begin by saying that France, like any other country, has violinists who may not command international media attention like Capuçon, but who are established and respected on home soil, often working a portfolio in which solo playing sits alongside orchestral and chamber work. Names such as David Grimal, Geneviève Laurenceau and Pierre Fouchenneret. Also, more recently, Marina Chiche.

What’s more, France’s rising generation has some promising names. Topping that list for me is Le Consort founding violinist Théotime Langlois de Swarte, whose recent The Mad Lover debut solo album for Harmonia Mundi was a stunner by any standard. Among the non-historical performance specialists, meanwhile (and there are several), the two who are most catching my attention are Fanny Robillard and Cosima Soulez Larivière – to the extent that nationality is a redundant point for both. All three are definitely worth looking up.

Still, there are certain climates that encourage the development of international level soloists, beginning with those that foster dedicated, charismatic and inspiring teachers. Thinking back to France’s prowess at producing wonderful cellists, it can’t be pure chance that this runs alongside a distinguished cello teaching heritage at the CNSMDP – from Pierre Fournier to André Navarra to Philippe Muller, and more recently Jérôme Pernoo. Likewise, the number of French quartets who talk about the impact of their studies with the Ysaÿe Quartet – not least our current cover stars, the Modigliani Quartet. France has had its much-loved violin teachers, but it couldn’t be described as an international teaching magnet for violinists.

Read: ‘We see playing with others as an important means of nourishment’ - Modigliani Quartet

Read: How to replace a quartet member, by the Ébène Quartet

Then there’s the fact that, unless you’re a natural born Paganini, the only way to become really good at giving your best on stage is to be put on one. A lot. Especially a concerto stage. This requires programmers and orchestras having the imagination and bravery to take a few more risks, rather than just multiple-booking the same national treasure or overseas stars – programmers with their fingers on the pulse of who’s coming up the ranks, and who are seeking to develop current national-level players. I’m told that’s not happening enough in France right now. However, it’s also not happening enough in the UK. As concert halls emerge from Covid-19, I wonder whether wider talent development could be a genuinely positive response to the now financially straightened circumstances.

I suspect, too, that programmers don’t always appreciate the extent to which audiences themselves love discovering talent. Back to France, and I was struck while attending the concerto finals of the 2018 Violin and 2019 Piano iterations of the Long Thibaud Crespin International Music Competition by how packed the Radio France Auditorium was with the general public, and how passionate this public was. Of course, it would be a tragedy if such an approach came at the expense of internationalism, but I don’t think that growing local talent and championing international excellence are mutually incompatible ideas.

Also helpful is when top artists are actively mentoring and collaborating with younger colleagues, and actually France has very recently started punching higher here with regard to its violinists. Since 2017, countertenor Philippe Jaroussky’s Académie Jaroussky at La Seine Musicale has been guiding young talents towards the professional world, with violinist mentoring from Geneviève Laurenceau. Then, while Renaud Capuçon has always programmed young artists in his festivals, this past December he stepped up his involvement specifically with young French violinists through Ludwig à Paris on medici.tv – Beethoven’s ten violin sonatas played back to back by nine young French violinists, plus himself, accompanied by ten young French pianists.

Add, since its 2018 relaunch, the inspiration of the aforementioned Long Thibaud Crespin International Violin Competition – whose inaugural edition had a respectable eight French violinists among its 39 laureates – and it’ll be interesting to see whether, in five years’ time, anyone’s still asking where all the French solo violinists are.