Stringtelligence by Thomastik-Infeld: the right rosin for your strings

Franz Klanner, director of engineering and technology at Thomastik-Infeld, shares his knowledge about rosin and the importance of choosing the right one for your strings 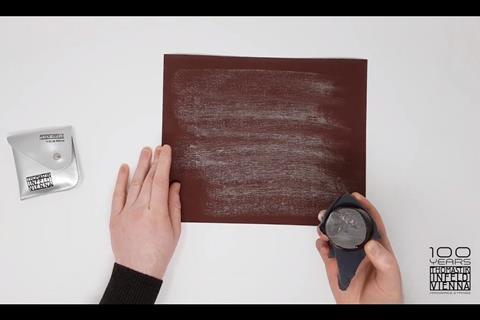 Why is rosin so important?

Often, the importance and effects of rosin and its possibilities are underestimated. Without the best rosin, suitable for the played strings and season, it is hardly possible to fully exploit the sound potential of your instrument. The reason is simple: strings don’t work without rosin! Only when there is sufficient friction and adhesion between the bow hair and the string, a bow can make the string sing.

How does rosin work?

The basis of rosin is resin, a sticky, viscous substance from trees. To produce rosin, resin is normally obtained from pine, fir, nut pine, spruce or larch trees. Through distillation and refinement with high-quality ingredients, an optimal rosin is then created. A typical violin bow is strung using horses’ tail hairs, although synthetic hairs are increasingly being used on bows. When playing, these bow hairs slide over the string and produce heat. This heat melts the rosin. As soon as it recools, it sticks the bow hair to the string. The bow hair then moves with the string until the force equilibrium is exceeded. When this happens, the bonded area of “hair-rosin-string” breaks open again and the string vibrates back in the other direction. This action produces more heat, the rosin melts and the process starts again. This action is known as the “stick & slip effect”. Rosin allows the bow hair to grip the string without sounding too hard and coarse. At the same time, it has a direct influence on the response of the bow and can alter the sound of your instrument significantly – this makes it essential for your play!

A bow and rosin rendezvous

Normally you don’t need to apply rosin every time you practise. Listen to your instrument! There are inherently very clear signals of when rosin is required: too little rosin leads to poorer or more indirect bow response and can also intensify the whistling of the E-string and the wolf tone. On the other hand, too much rosin makes it difficult to move the bow smoothly and seamlessly and results in a scratchy tone. But don’t worry, you’ll quickly find the right balance. When applying rosin, it is important to slowly draw the bow hair over the rosin. Otherwise, the rosin will melt onto the bow hair during this process due to excessive frictional heat. This can lead to individual bow hairs sticking to other bow hairs and intensifying the bow noise as a result. This also happens during your play. For this reason, we recommend carefully combing the bow hair using a soft toothbrush approximately once a week.

Bow noise - where does it come from?

The gritty bow noise results from the individual bow hairs loosening from the string at different times. When detaching, each hair makes a separate clicking sound and the sum of these clicks ultimately produces the bow noise.

Match and mix it

Today, rosin is available in a multitude of compositions and in different degrees of hardness and stickiness. Thomastik-Infeld offers 17 different rosins for various product lines suitable for individual playing styles and local climatic conditions. This is because factors such as temperature deviations and air humidity also play a major role when selecting rosin and bow hair.

Can I mix rosin? What should I pay attention to?

The general rule is this: the larger the instrument, the stickier and softer the rosin. For example, violin rosin is harder and somewhat less tacky, viola rosin on the other hand is softer and sticks to the string more. Sometimes it can be helpful to mix different rosin, but they should have the same basis of resin. For example, Thomastik-Infeld’s Peter Infeld and all Vision rosin are pine resin based. However, over the course of many years, we have mixed these products with rosins based on other resins without ever having noticed a negative effect.

A couple of tips and tricks:

We recommend changing rosin after approximately 6 to 8 months as it tends to dry out after a while, its ethereal oils, that are crucial for good rosin, evaporate and the rosin’s properties change as well. For your rosin always being ready to use, rub the surface of a new rosin with fine sandpaper before using it for the first time (and every week after that). Use 400 grit sandpaper to slightly sand off the dry surface of the rosin until you can smell the ethereal oils again. This characteristic aroma means: Your rosin is as good as new!

Watch our tutorial video below to see the whole procedure: