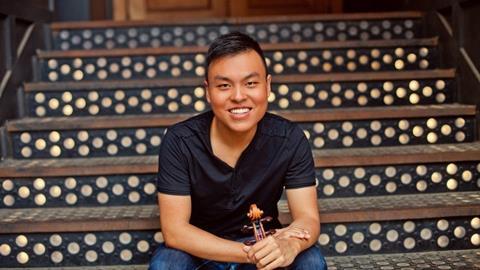 The 2017 Michael Hill International Violin Competition, taking place in New Zealand from 2 to 10 June, has named its six semi-finalists.

The young violinists have been whittled down from 140 applicants, aged 18 to 28, and 16 quarter-finalists. They are competing for a top prize of NZ$40,000, a recording contract with the Atoll label, a performance tour across New Zealand and Australia, and a professional development programme. The top ranked player will also have the opportunity to perform on Sir Michael Hill’s 1755 Guadagnini ‘The Southern Star’ on his or her Winner’s Tour.

Each semi-finalist will perform Mozart string quintets with New Zealand musicians, Ashley Brown on cello, Justine Cormack on violin, and Gillian Ansell and Julia Joyce on viola at the Auckland Town Hall Concert Chamber on 7 and 8 June. Just three violinists will be chosen to perform a concerto in the Grand Final on 10 June with the Auckland Philharmonia Orchestra conducted by Giordano Bellincampi.