The violinists, aged 18-28, were whittled down from 140 applicants representing 32 countries, and will compete at the New Zealand contest for a top prize of NZ$40,000 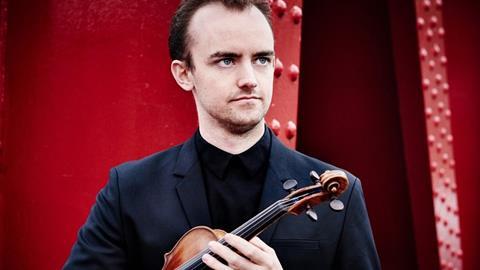 The 2017 Michael Hill International Violin Competition, taking place in New Zealand in June next year, has announced the quarter-finalists selected to compete in its live public rounds.

The 16 young musicians, aged 18-28, were whittled down from 140 applicants representing 32 countries, and will compete for a top prize of NZ$40,000, a recording contract with the Atoll label, a performance tour across New Zealand and Australia, and a professional development programme. The top ranked player will also have the opportunity to perform on Sir Michael Hill’s 1755 Guadagnini 'The Southern Star' violin, on his or her Winner’s Tour.

The Michael Hill Competition takes place every two years in Queenstown and Auckland, and has helped to launch the careers of a number of leading violinists, including newly-appointed Concertmaster for New York’s Metropolitan Opera, Nikki Chooi, who won the 2013. 2015's winner was Suyeon Kang from Australia.