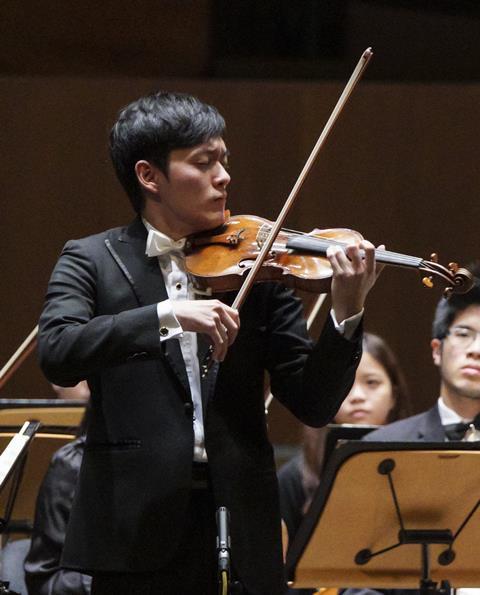 Yu-Chien 'Benny' Tseng has won the inaugural Singapore International Violin Competition and takes home US $50,000 prize money. The 20-year-old Taiwanese violinist performed Sibelius's Concerto in the Grand Final this evening with the Singapore Symphony Orchestra conducted by Vladimir Verbitsky at the Esplanade Concert Hall. Richard Lin, also from Taiwan, takes second prize worth $25,000 and the audience prize for his performance of Brahms, and Sirena Huang, from the USA, takes third prize worth $15,000 for her performance of Tchaikovsky.

In addition to the cash sum, the winner also receives a recording produced and distributed globally by Naxos, and all competition laureates benefit from international performance opportunities and access to a three-year instrument loan from the collection of fine rare instruments of Mr and Mrs Rin Kei Mei.

The triennial contest received 148 applications from 27 countries, including China, the USA, Japan, Korea, Taiwan, Singapore, Australia, Russia, Canada and a number of European destinations. These were shortlisted to 35 entrants from 14 countries, selected to perform in live rounds in Singapore from 10 to 21 January 2015.

For full competition details, including the special prizes, visit singaporeviolincompetition.com.

For videos of the contestants' performances visit the competition's YouTube page.