The 4 crucial components of a winning competition performance

Qian Zhou, jury chair of the Singapore International Violin Competition, gives some tips on what it takes to win a share of its $110,000 prize money – plus a bonus tip on the application process 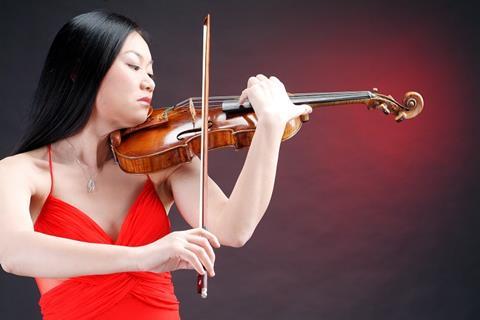 Chair of the competition Qian Zhou

The Singapore International Violin Competition is a major platform for young artists, offering a $50,000 cash prize for the winner and the loan of a fine violin from the Rin Collection for three years.

The qualities that we are searching for in a candidate are:

Musicianship: The capacity to draw together stylistic awareness, cultural context and musical instinct in response to the repertoire so that every moment of the performance is full of meaning, both in itself and in how it energises the narrative through time. One should sense that the player is deeply engaged with the work’s musical language, history and its performance tradition.

Technical assurance: The capacity to project the player’s ideas, via the instrument, freely and with apparent spontaneity, as if instinctively. Beyond talent (which is essential), this can actually only be achieved through hard work and intelligent application of time, effort and imagination.

Charisma: The capacity to catch a listener’s attention and to touch her or his heart with the joy and passion of music. Here perhaps talent comes to the fore as this is so intrinsically linked to identity, to the desire to communicate and to one’s innate passion for music.

Sincerity: The capacity to project one’s true identity in connection with the music being performed so that it feels personal, honest and compelling. Although one’s insight into the music is ultimately the consequence of so many inputs, in the moment of performance the connection between player, music and moment should feel totally owned and personally truthful.

As for creating a stand-out application, unlike live performances, where stage presence and charisma can influence the audience’s response, a recording becomes a true reflection of one’s musicality and technique; the beautiful and meaningful sound, as well as a profound technique, becomes crucial.

My advice is to take the application process seriously. Prepare well, and use a professional recording studio. This in itself is a useful experience, to spend time familiarising oneself with the recording process.