A prolific freelance musician, Mary Whitaker was a member of the orchestra for over 25 years 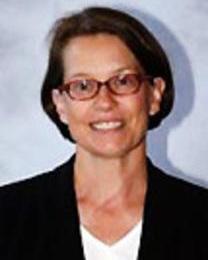 Violinist Mary Whitaker has been found dead at her home in Westfield, upstate New York. The 61-year-old died as the result of a gunshot wound, according to Chautauqua County Sheriff Joseph A. Gerace. She was discovered by police on Wednesday after friends raised the alarm when they were unable to contact her by phone. Details have yet to be announced, but there are unconfirmed reports that she was the target of a robbery. The FBI and New York State Police are assisting the investigation.

A violinist in the Chautaqua Symphony and Westchester Philharmonic for more than 25 years, Whitaker moved to New York after graduating from Indiana University with a performance degree. She played regularly with the New York City Opera Touring Company and on Broadway, and also toured with Barbra Striesand during the 2006-07 North American and International Tour.

Among her friends was conductor Marin Alsop, who tweeted:

‘Today is filled with unbearable sadness at the news of the tragic loss of our dear, kind, gentle, funny, loyal friend, Mary Whitaker.  I simply do not understand this world; nothing will ever be the same. Generous and loving always.’