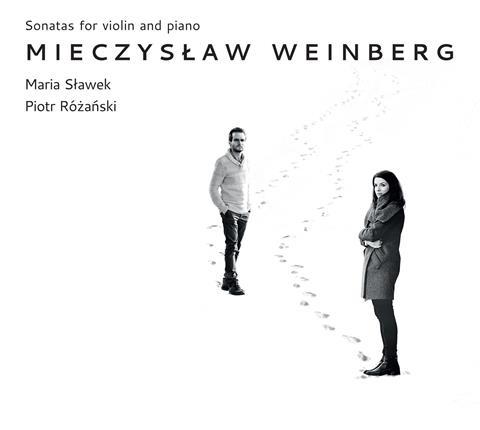 Kraków-based violinist Maria Slawek wrote her doctoral thesis on the violin sonatas of Mieczyslaw Weinberg, and her interpretations undoubtedly benefit from her academic explorations and her knowledge of the background against which the music was written. These three works – his last two sonatas and a Sonatina – date from 1947 to 1953, years that were dominated by the anti-‘formalist’ doctrine of Andrei Zhdanov when everything had to be easy on the ear and project a positive view of life. All three end in the requisite major key but, as with the music of Weinberg’s mentor Shostakovich, the way to that resolution is not always simple or free from irony. The last of these pieces, indeed, was composed after Weinberg had just been released from the Lubianka prison – thanks both to Shostakovich’s intercession and the fortuitous death of Stalin – after his arrest for the ‘crime’ of promoting Jewish nationalism in his music.

Slawek brings a generous array of tone colour to her performances and is especially effective at conveying half-lights, in the whispered first entries to both sonatas, for instance. Her melodic line is always purposeful and rhythms are crisp and tidy. Piotr RóŠ¼aŠ„ski is an equally sensitive musician and the pair have an obvious rapport. The recordings are sympathetic and clear.