The South Korean musician receives a cash prize of €25,000 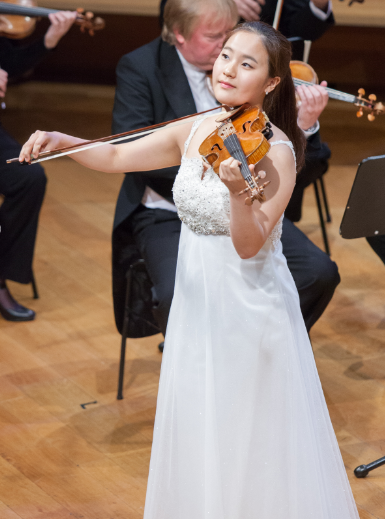 Ji Young Lim has won the 2015 Queen Elisabeth Competition in Belgium - this year devoted to the violin. She receives a cash prize of €25,000, concert performancs and the loan of the ‘Huggins’ Stradivarius by the Nippon Music Foundation for a period of four years.

The South Korean violinist received third prize at the International Violin Competition of Indianapolis last year and has previously won prizes at the Montreal, Henri Marteau and Euroasia competitions.

Following six days of finals during which 12 candidates performed with the National Orchestra of Belgium conducted by Marin Alsop, second prize went to Oleksii Semenenko from Ukraine, third prize to William Hagen from the US, fourth prize to Tobias Feldmann from Germany, fifth prize to Stephen Waarts from the US and sixth prize to Fumika Mohri from Japan.

2014 Menuhin Competition winner Stephen Waarts also won the VRT-Prize and the Musiq'3 Prize of the RTBF, both voted for by the public.