The German violinist joins a roster of musicians including Sarah Chang, Leonidas Kavakos, Gidon Kremer and Gil Shaham at the management company 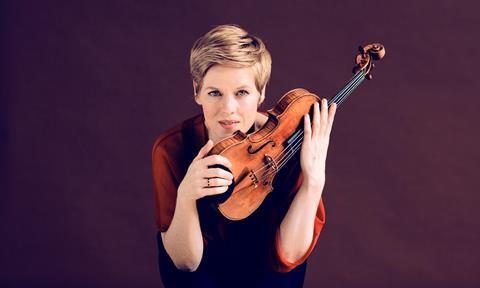 Faust's 2017-18 season features a North American tour, including performances with Les Violons du Roy in Los Angeles, Washington and New York, as well as a debut with the Chicago Symphony Orchestra and a return performance with the Cleveland Orchestra. She also plays at Salzburg's Mozartwoche Festival with the Monteverdi Orchestra and Choir conducted by John Eliot Gardiner, gives the world premiere of Ondrej Adámek's Violin Concerto with the Bavarian Radio Symphony Orchestra, and performs with Orchestre de Paris, the London Symphony Orchestra and the Czech Philharmonic. In addition, she gives recitals in London, Tokyo, Osaka, Amsterdam, Berlin, Munich, and throughout Italy and Spain.