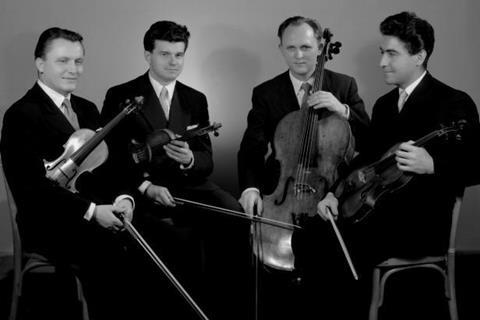 Violinist and pedagogue Václav Snítil died on 19 July aged 87. The second violinist of the original Vlach Quartet, he was also active in chamber groups such as the Smetana Trio and the Czech Nonet, a chamber ensemble of the Czech Philharmonic, and was a respected soloist who performed with Czech and international orchestras. He also taught at the Academy of Performing Arts in Prague.

Born in 1928 in Hradec Králové, Bohemia, Snítil was initially a pupil of Jaroslav Kocián (1901–50), completing his studies with Jaroslav Pekelský at the Academy. He also privetely studied composition and music education. He was one of the founder members of the Vlach Quartet, which won the 1955 Liège International Quartet Competition and as a result toured throughout the world. The players became members of the Prague National Theatre’s drama orchestra, which they left in 1957, and were the resident chamber group of Prague Radio until 1971.

In 1964 Snítil joined the string faculty of the Academy, where some of his best-known students included Václav HudeÄek, Bohuslav Matoušek, Jaroslav SvÄ›cený and Pavel Š porcl. He once said of his teaching style: ‘I may be harsh on students, but I always explain that there are many ways to achieve one result; I might recommend one way but it might not be the only one.’ He was a regular jury member for the International Kocián Violin Competition, in Êstí nad Orlicí, and in 2003 he was awarded the Medal of Merit from President Václav Klaus.

Photo: Snítil (second left) with the Vlach Quartet in 1957