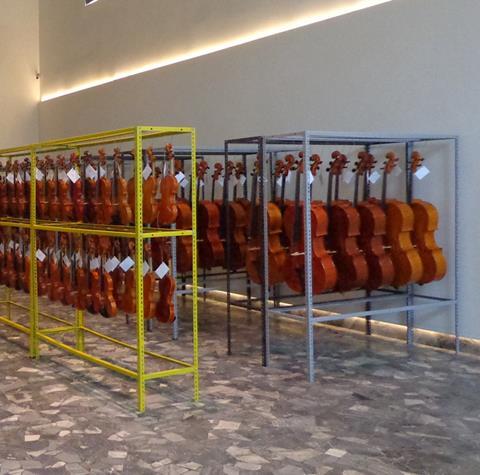 The winners of the 2015 Cremona Triennale lutherie competition have been announced. Although a total of 445 instruments were submitted for this year’s contest, by 334 makers from 31 countries, only one instrument received a gold medal. French luthier Charles Coquet won the award for a viola; he also received the Walter Stauffer Prize for acoustic quality. As the only gold medallist, Coquet will also be given a free stand at next year’s Mondomusica trade fair, taking place in Cremona from 30 September to 3 October 2016.

In the violin category, Canadian Viateur Roy and Italy’s Davide Sora won the silver and bronze medals respectively. Sora also received a special prize from the Polish Union of of Violin Makers, for the violin with the best acoustic qualities. Roy won a second silver medal in the cello category, where Sungdeok Seo of Korea took bronze.

Several other special prizes were awarded at the ceremony, which took place at Cremona’s Teatro Ponchielli on 23 September. Swiss luthier David Léonard Wiedmer received the Simone Fernando Sacconi award, reserved for contestants under 30 years of age. A cello by South Korea’s Dong-Pil Im received the Pierangelo Balzarini award for the instrument with the best artistic and constructional qualities.