The Australian-born musician, who is also concertmaster of the Melbourne Symphony, concludes his Vancouver tenure in 2016 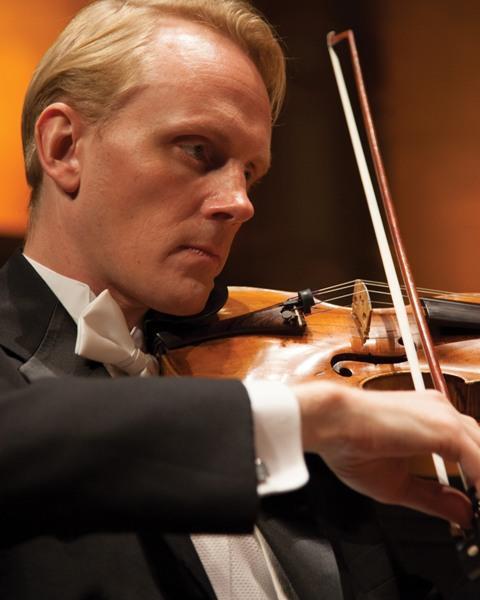 The Australian String Quartet has appointed current Vancouver Symphony Orchestra concertmaster Dale Barltrop as its first violin. The Brisbane-born musician will conclude his tenure with the VSO at the end of the 2015-16 season and return to live full-time in Australia. He will also continue as concertmaster of the Melbourne Symphony Orchestra – a position he has held since January 2014.

‘The Vancouver Symphony Orchestra has been my family and my life for the past six years. I am eternally grateful to the staff, board, patrons and the wonderful musicians of the VSO for allowing me the opportunity to serve this community,’ said Barltrop. ‘I am excited by the prospect of returning to Australia to take up a position with the renowned Australian String Quartet while continuing my work with the Melbourne Symphony Orchestra. It is a dream come true to balance my two great passions for quartet and orchestral literature and an opportunity I could not pass up.’

The ASQ is also welcoming Francesca Hiew as the ensemble’s new second violinist. A current member of the Melbourne Symphony, Hiew was formerly violinist with the Auric Quartet.

In September 2014 it was announced that violinists Kristian Winther and Ioana Tache were to leave the the ASQ, citing ‘irreconcilable differences’. The Adelaide-based ensemble, which receives State and Federal funding, performs on a quartet of Guadagnini string instruments on loan by the Ngeringa Arts Foundation.