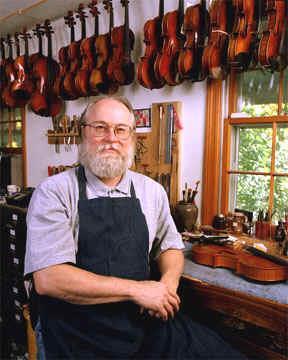 A luthier and instrument dealer from Guildford, Connecticut has been given an eight-year suspended sentence and three years of probation by a US Superior Court on three counts of first-degree larceny. Charles Magby Jr., of C. H. Magby Jr. Fine Violins, entered into a plea bargain with his victims, agreeing to repay $379,000.

The court heard that Phyllis Mackey never received proceeds from Magby’s sale of her Lorenzo Ventapane cello in 2012, estimated to be worth $165,000. Another of Magby's victims said the dealer had agreed to repay her $27,000 for a cello and two valuable bows, which have since disappeared.

John Maxwell, Magby’s lawyer, argued that his client was a poor businessman and had not set out to deliberately defraud his clients.

Court documents reveal Magby failed to pay seven customers for the sale of their instruments. Following his arrest in 2013, the dealer pleaded guilty to five counts of first-degree larceny, each carrying a maximum punishment of 20 years in prison.

Prosecutors were told that Magby owns a Stradivarius violin estimated to be worth $6.5m, which he is currently trying to sell.