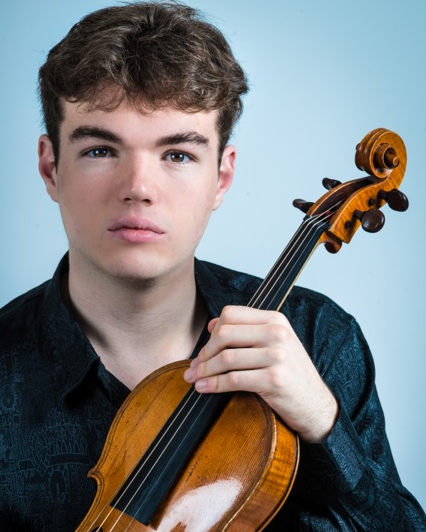 The inaugural Cecil Aronowitz International Viola Competition has been won by 19-year-old Timothy Ridout. A student at London’s Royal Academy of Music, the British violist receives the £2,000 first prize, the Britten-Pears Award of £400 for his performance of Britten’s Lachrymae and the Bishop Instruments Award for his performance of Hindemith’s Viola Sonata op.11 no.4. He also receives two concerto performances in 2015 with the Orchestra of the Swan, as well as a November 2014 recital at the International Viola Congress in Portugal.

Launched by the British Viola Society and Birmingham Conservatoire, the competition took place from 24 to 26 October at the UK music college. Dedicated to Cecil Aronowitz, the South African violist and long-term collaborator with Benjamin Britten, the three-day event was open to players under the age of 21 and saw 13 semi-finalists competing from countries including Switzerland, South Korea, Lithuania, China and Germany.

The Neil Ertz and Noel Burke Prize for the winning performance of solo Bach went to Violaine Despeyroux from France, while Shishi Gong from China was awarded the Ayres Violin Award for the most promising competitors aged 15 years and under. The four violists selected to play in Sunday’s final were Tomohiro Arita from Japan, Silas Zschocke from Germany, Timothy Ridout and Violaine Despeyroux.