The Strad December 2015 issue is out now 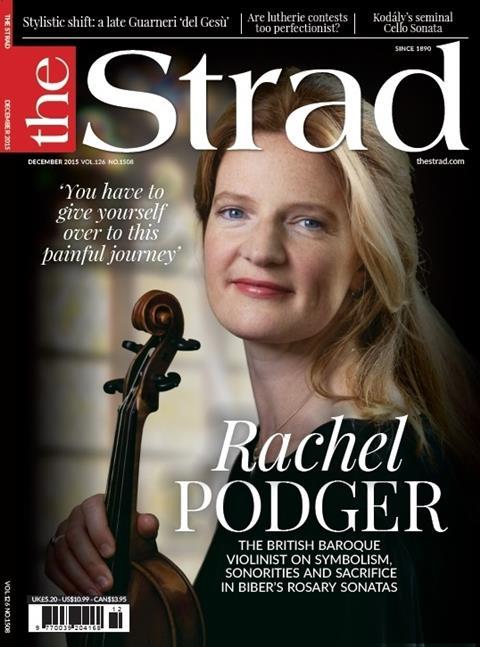 In our regular sections: In Focus gives a close-up view of the 1686 'Helvetica' violin by Antonio Stradivari; Shem Mackey shares his method for decorating a viol soundhole in Trade Secrets; South African luthier Albertus Bekker invites us into his workshop in My Space; Christian Tetzlaff discusses the last two movements of Beethoven's Violin Concerto in Masterclass; violin professor Michael Frischenschlager gives tips on practising scales in Technique; American double bassist DaXun Zhang takes us through his Practice Diary; three wood specialists give advice on choosing the perfect spruce and maple for an instrument in Ask the Experts; and cellist Jan Vogler talks about Tchaikovsky's Rococo Variations as his Sentimental Work.

The digital magazine is on sale now. The print edition is on sale from Friday 20 November 2015.