Despite completing the outward journey to Hong Kong without incident, the LGT Young Soloists were told by airline staff that policy prohibits violins and violas as carry-on baggage 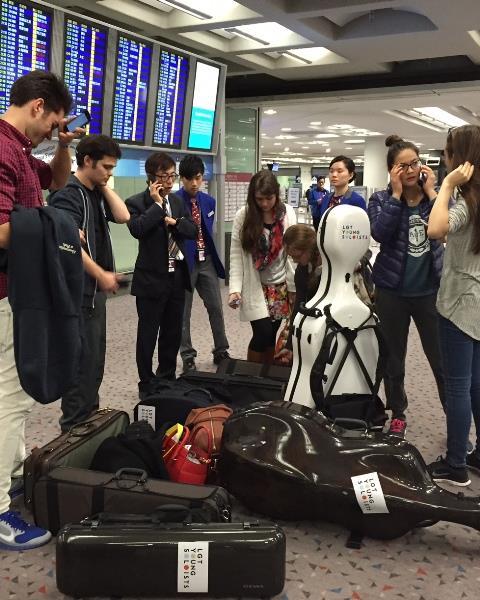 Swiss-based ensemble the LGT Young Soloists were refused entry to a Singapore Airlines flight with their instruments over the weekend, according to the group’s artistic director Alexander Gilman. The young musicians had been performing in Singapore and Hong Kong and had made their outward journeys with the airline without incident – checking a double bass into the hold, booking seats for two cellos and carrying eight violins and violas as hand baggage.

However, matters turned sour as the party attempted to board their return flight at Hong Kong International Airport. After checking the bass into the hold and allowing the two cellists to board the aircraft in advance with their instruments, staff requested that the violins and violas be checked in as baggage. Gilman explained that this would not be possible as some of the instruments were very valuable – among them were a Stradivarius, a Testore and two Gaglianos – but staff insisted that they were merely enforcing Singapore Airlines policy.

‘Over the next few hours I repeatedly asked to see this policy but of course there is no such policy to show,’ Gilman told The Strad. ‘I presented staff with Federal Aviation Administration regulations and showed them, if they Googled me, that I am a frequent flying musician. I asked them to send the pilot to speak to us. They refused.

‘When we questioned staff as to why we had encountered no such problems on our flights to Singapore and Hong Kong, they gave us no reply. We did everything we could, but it was like talking to a wall. After two hours of discussion, they finally got the two minor cellists off the plane; they had no idea what was happening and were waiting completely alone.’

Eventually the ensemble was able to book an alternative flight on Lufthansa, but this, too, was not a simple process.

‘A staff member sent pictures of the violins to Lufthansa to convince them of how large our cases were,’ said Gilman. ‘Not only had he refused entry to the Singapore flight, he also wanted to ruin the Lufthansa option for us. Lufthansa, of course, did not care and took us last minute to Frankfurt. Their staff were shocked at how Singapore had treated young kids.

‘Upon arriving back in Zurich, I contacted Singapore Airlines but have received no response. It’s worth mentioning our tickets to Hong Kong and Singapore were booked by the same travel agency that books flights for the Vienna Philharmonic Orchestra. They have lots of experience and know all about the policies of different airlines on musical instruments.

‘What happened in Hong Kong is out of this world. Both Hong Kong airport staff and Singapore Airlines staff showed absolutely no interest in helping us. And treating young children like this is a disgrace.’