Studying contemporary music can inform our understanding of earlier works

It’s important to remember that just as we learn about new music from older works, the opposite is also true, says violinist Michael Barenboim 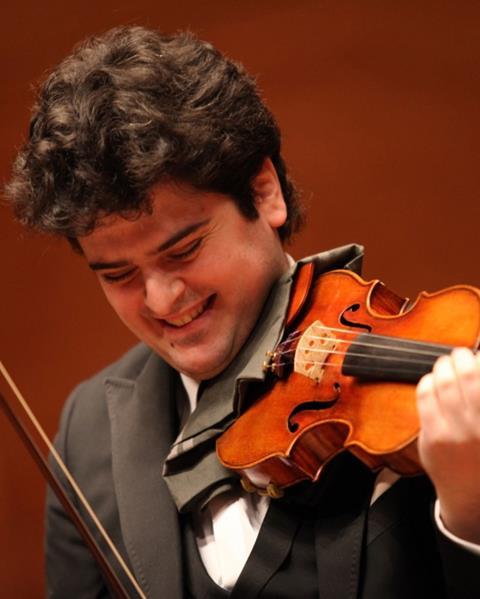 A tendency in the classical music world is to limit oneself to a certain type of repertoire, with the idea being that this is the best way to acquire a deeper understanding of that particular genre, and how it should be played. While the advantages of this approach are apparent, there's one obvious catch: ignoring other types of repertoire can limit one's capacity to spot things that should be seen.

It’s therefore important to remember that we learn about new music from older works, and – just as importantly - the opposite is true: we learn about older works from new ones. It's fairly obvious how the former happens, since composers know and study older works, thereby influencing their writing in one way or another. All we as performers have to do is locate how this influence manifests itself in the music, and act accordingly. Knowing that Beethoven strongly influenced future generations of symphonic and chamber music composers changes how their works are played - certainly for the better.

But will it also change how Beethoven is played? This touches on the even more interesting question of how we learn about older works from newer pieces. Let's look at one simple, and very famous, example: the Bach Chaconne for solo violin. This is one of the most influential pieces in the history of music, and should be treated as such. We have countless transcriptions from some of the greatest musical minds, for piano, organ, guitar, orchestra and many other instruments. Some will claim that these transcriptions are falsifications, because they take the Chaconne out of its historical context. But in dismissing the future transcriptions, we simply reduce its historical context to the period in which it was written. The bigger historical context shows us the Chaconne as seen by Mendelssohn, Brahms, Busoni, Stokowski, Segovia and countless others. That in turn teaches us a tremendous amount about the Chaconne itself, since every transcription is also an interpretation, and interpretations by people like Brahms cannot simply be disregarded!

Going even further, we can learn from all the great composers for our understanding of the Bach Chaconne, in the same way our understanding of the Mona Lisa is informed by later works. These works are not only the result of past achievements, but also the beginning of many more future ones. If someone performs the Chaconne, that person can and should bring all the acquired knowledge to the stage. It is pointless, and even harmful, to disregard centuries of music history when playing older works, because we close our eyes to new possibilities of understanding.

The more we allow ourselves to look beyond the comfort zone of one type of repertoire, the more we can learn about music in general. Works of art should be treated as alive, and thus capable of change.