Four out of six finalists perform on bowed stringed instruments 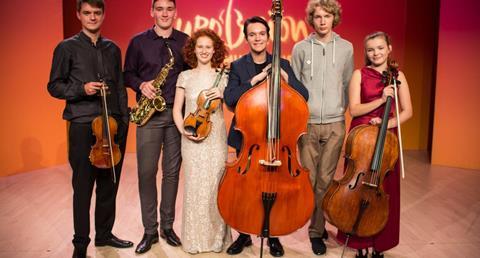 All six musicians will perform a movement from a concerto in the final, taking place on Thursday 23 August at the Usher Hall, Edinburgh, UK. They will be accompanied by the BBC Scottish Symphony Orchestra (SSO) under chief conductor Thomas Dausgaard. The final will be live-streamed on YouTube here.

The finalists have been selected from an original line-up of 18 contestants, of which ten played bowed strings. The winner will receive a trophy, a €7,000 cash prize and a performance opportunity with the BBC SSO in the next season.