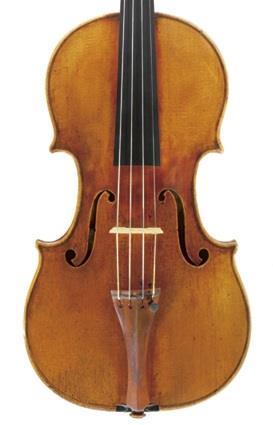 Eight of Stradivari’s best known violins are to go on display in Los Angeles as part of the Los Angeles Chamber Orchestra’s Strad Fest LA event, which will run from 26–29 March 2014.

According to the event’s organisers it will be the first time these instruments – valued at over US$25 million collectively – will have been displayed together.

A series of concerts and events will include Fiddlefest – billed as ‘an edge-of-your-seat fiddle face-off featuring world-class violinists outplaying one another in an acrobatic program of solos, duos, trios and quartets starring the Stradivarius violins.’

Other events will include a discussion and demonstration by the British luthier and Stradivari expert Peter Beare, a performance of Telemann’s Concerto for Four Violins in D major from violinists Cho-Liang Lin, Philippe Quint and Chee-Yun, and a gala performance involving all eight Stradivari violins in a programme of works by Vivaldi, Locatelli and Piazzolla.