Steven Isserlis on his long-time collaborator, the late John Tavener 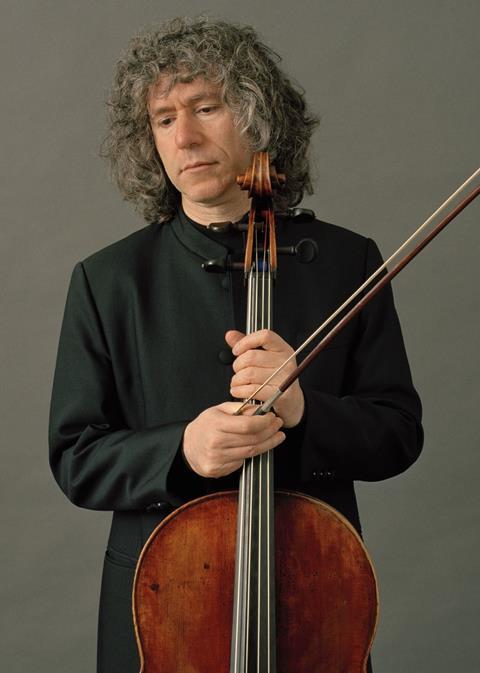 Steven Isserlis has vivid memories of the night he premiered John Tavener’s The Protecting Veil at the BBC Proms in September 1989. The piece, a concerto for cello and strings, had been billed as a BBC commission, but in fact Tavener had begun the work two years earlier at the request of Isserlis, when the two musicians first met.

‘My sister Rachel had met him and thought I would like him, so she suggested I ask him to write a piece,’ says Isserlis. ‘I knew his publisher, so I just called him. That piece was The Protecting Veil. It wasn’t what I asked for – I had asked for a short piece – but I got something rather different.’

Some time prior to the Proms premiere, Isserlis and the BBC Symphony Orchestra with conductor Oliver Knussen had made a studio recording of the piece, which had been sent out to critics and was attracting favourable reviews. At this point, Isserlis says, he and Tavener had begun to get an inkling that the work might be a success. Even so, the rapt reception of the audience on that night in the Royal Albert Hall was something neither of them had expected.

‘It absolutely took me by surprise, and even he was surprised,’ says Isserlis. ‘But I think it was just the reaction to the beauty of the piece, and its originality. And also something that’s not often mentioned, which is the fantastically original writing for the cello. He treated the cello like a human voice, and it worked.’

Isserlis describes Tavener’s approach to writing for strings as unique: ‘It is very vocal, and he liked to stretch the ecstatic qualities of the instrument to the limits and beyond. The Protecting Veil is full of light – that was also how he viewed it. Some of his music was very inward and some was ecstatic. He would have a vision and it was up to us to realise it on our instruments.’

The Protecting Veil was a remarkable start to what became a long and fruitful collaboration. Tavener went on to write six more pieces for Isserlis, including Thrinos (1990) for solo cello, Akhmatova Songs (1993) for cello and soprano, and Svyati (1995), which Isserlis describes as ‘an absolutely wonderful piece for cello and choir’. In each work, Tavener’s trademark serenely mystical writing, the slow meditative melodies and the long lines are present, but none of these pieces can be said to have captured the public’s imagination in quite the same way as The Protecting Veil, a work steeped in the ritual of the Orthodox Church.

Reviewing The Protecting Veil in the December 1989 issue of The Strad, Malcolm Miller described the work as ‘a highly original masterpiece’ and went on to say: ‘Whilst the piece works as “absolute† music, as a unique form of cello concerto, some understanding is necessary of the programme and the Byzantine modes upon which it is based: Tavener uses the eight Byzantine tones both from the background structure which underpins contrasting sections, and for the melodic line – predominantly in the upper register of the cello which produces a warm and sweet tone – effectively realising his conception of the cello’s “unending song† as an evocation of “the eternal feminine†.’

Of the string orchestra part, he says: ‘With the string orchestra providing background sustained harmonies “often quite dissonant† and bell-like repeated clusters, remarkably beautiful sound colours arise during the progress of vast, slow moving blocks of texture: the effect, which may be compared with Messiaen and minimalism, evokes the “responsa† patterns of liturgical music, and the architectural ambiance of Byzantine cathedrals, conveying Tavener’s notion of “a lyrical icon in sound†.’

A subsequent recording of The Protecting Veil, with Isserlis joined by the London Symphony Orchestra under Gennadi Rozhdestvensky, went on to earn a Mercury Music Prize nomination – Tavener’s second, after Svyati in 1995.

Ask Isserlis what position Tavener held among British composers, and he says simply: ‘Unique. There was nobody like him. People used to compare him to Arvo Pärt, but Pärt didn’t have the same drama in his music at that time, it was much more limited. John was far more varied.’

The two collaborators continued to work together to the end. In July this year Isserlis premiered The Death of Ivan Ilyich at the Manchester International Festival with the bass-baritone Jonathan Lemalu and the percussion, strings and trombones of the BBC Philharmonic. At the time of Tavener’s death, another Isserlis commission was in the pipeline: ‘We took up again this year,’ says Isserlis, ‘and in fact he was going to be writing another piece for me, but he was still finishing another work.’