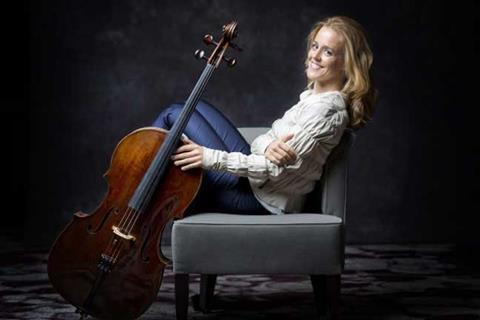 An Argentine cellist of French and Russian descent, Sol Gabetta rose to prominence after winning the Crédit Suisse Young Artist Award in 2004. She followed this success with her debut performance with the Wiener Philharmoniker and Valery Gergiev and won the Würth-Preis of the Jeunesses Musicales in 2012. In 2014, she debuted with the Berlin Philharmonkier at the Baden-Baden Easter Festival and has been named Instrumentalist of the Year at the Echo Klassik Awards four times for her recordings of Shostakovich, Haydn, Mozart and Elgar Cello concerti. Alongside her solo career, Gabetta is a dedicated chamber musician, performing worldwide in venues such as Wigmore Hall in London, Palau de la Música Catalana in Barcelona and the Thétre des Champs-Élysées in Paris, with renowned partners including Patricia Kopatchinskaja and Bertrand Chamayou. She has also taught at the Basel Music Academy since 2005. Gabetta performs on a G. B. Guadagini cello dated from 1759.