This year's inaugural contest, which took place at Lynn Conservatory of Music in Florida, offered a grand prize of $30,000, performance opportunities and public relations support 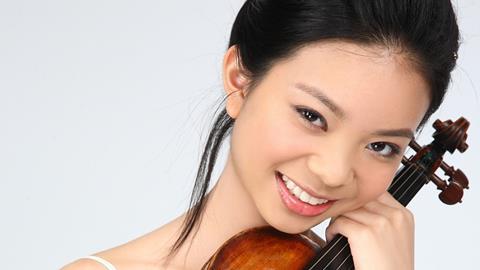 Sirena Huang has been named the winner of the inaugural Elmar Oliveira International Violin Competition (EOIVC), which concluded at Florida's Lynn Conservatory of Music on Sunday.

The 22-year-old American violinist receives a number of awards, including a cash prize of $30,000; a new violin, crafted by Feng Jiang, Jeffrey Phillips, Andrew Ryan and John Young; a silver-mounted bow from Eric Lane; and a Musafia Case donated by Reuning and Son Violins, Inc. She also receives public relations and artist management support, and performances with several orchestras and festivals.

The EOIVC Finals, held on 4 and 5 February at the Wold Performing Arts Center, featured the four finalists in a performance of either the Tchaikovsky or the Sibelius violin concertos with the Lynn Philharmonia conducted by music director Guillermo Figueroa.  Huang was the only contestant to select the Tchaikovsky.