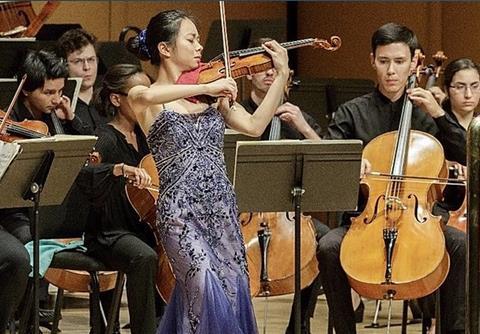 Sirena Huang, winner of the 2017 EOIVC

The second triennial Elmar Oliveira International Violin Competition in Boca Raton, Florida, US, has selected eight candidates to perform at the contest’s semifinal round, which takes place on 21 and 22 January at Lynn Conservatory of Music.

The competition is open to violinists aged between 16 and 32. In addition to a cash prize of US$30,000, the first prize bounty includes career support, national and international performance engagements, a violin provided by Joseph Curtin, a bow and a violin case.

A report from the final round of the Elmar Oliveira International Violin Competition will be published in the April 2020 issue of The Strad.