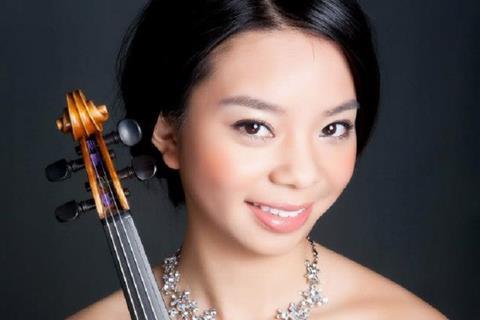 Sirena Huang, winner of the 2017 EOIVC

Twenty violinists have been selected for the Quarter Final round of the 2020 Elmar Oliveira International Violin Competition (EOIVC), to be held in Boca Raton, Florida, from 16-18 January 2020, at Lynn University.

Selected from nearly 70 applicants from 19 countries, the quarter finalists are:

Should any EOIVC Quarter Finalists not be able to fulfill their position, the two Alternates are: Ria Honda (19, Japan) and Thompson Wang (20, United States/Taiwan).

As part of the competition, all four Finalists will also participate in a special Community Engagement Round, in which they each give a 45-minute interactive presentation to children, aged 8-11, from the Plumosa School of the Arts.

Established in 2016 by the violinist Elmar Oliveira, and first held in 2017, the competition takes place every three years. Its mission is to provide talented violinists, aged 16-32, who are at the start of their careers, with networking, management, public relations, community engagement and concert opportunities. There is also a monetary reward of $30,000, $15,000 and $10,000, for the first, second and third prize winners respectively.