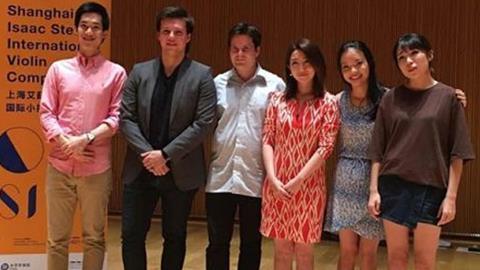 After a gruelling five days of semi-finals, the inaugural Shanghai Isaac Stern International Violin Competition has named the six candidates (pictured) who have been selected to progress to the finals, taking place this coming Thursday and Friday. The violinists, aged between 18 and 32, are competing for an impressive grand prize of $100,000.

Whittled down from 18 semi-finalists, the young musicians were judged on their performances of the Butterfly Lovers Concerto by contemporary Chinese composers He Zhanhao and Chen Gang, a sonata, a piano trio, and Mozart's Third Violin Concerto with chamber orchestra. In the final, each candidate will play one show piece and one concerto, both with orchestral accompaniment.