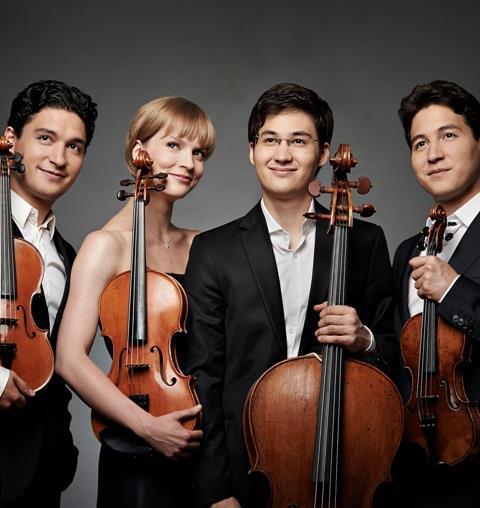 The second Jürgen Ponto Foundation prize for chamber music, worth €60,000, has been awarded to the Schumann Quartet (pictured) from Cologne. The award, which also includes performing opportunities at Beethovenfest in Bonn, the Heidelberg Spring Festival and the Schleswig-Holstein Music Festival, is given every two years in support of a professional young ensemble which has already won an international competition. The Amaryllis Quartet, also from Cologne, won the prize in 2012.

The Schumann Quartet consists of three brothers — Erik, Ken and Mark Schumann — and violist Liisa Randalu. Founded in 2007, the ensemble won the International String Quartet Competition ‘Quatuor à Bordeaux’ in May 2013 and the Schubert and Modern Music competition in Graz in 2012. The quartet was also among the prize winners at the Paolo Borciani Competition in Italy and the Seventh International Chamber Music Competition in Osaka in 2011. The group’s debut CD, released in April 2013 on ARS Produktion, features works by Beethoven, Bartók and Brahms.